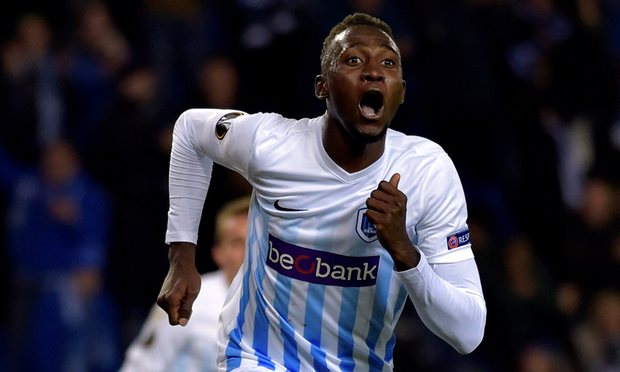 Players who have worn and used the No.25 for their various clubs include former Nigerian International Nwankwo Kanu who made the number popular at Highbury for Arsenal FC and Emmanuel Sheyi Adebayor who also played for the Gunners and later featured for Manchester City spotting the same number.

Both players excelled while playing with Kanu becoming a cult hero under Arsene Wenger winning the FA Cup and the Premier League while serving his time at Arsenal.

Adebayor chose the No25 in honour of Kanu who he saw as a role model at Arsenal, this paid off as the Togolese international, scored 46 times in 104 appearances for the gunners.

Ndidi moved to Genk from Nathaniel Boys of Lagos after impressing during a trial and made his debut in January 2015 as a centre-half. He can also play at right-back and has been capped twice by Nigeria.

Leicester City confirmed the signature Wilfred Ndidi from Genk on Tuesday for £15m, subject to a work permit. The 20-year-old Nigeria midfielder has agreed personal terms with the Premier League champions and signed a contract until June 2022.

He will join his international team‑mate Ahmed Musa at Leicester and both will be available during the Africa Cup of Nations because Nigeria failed to qualify.