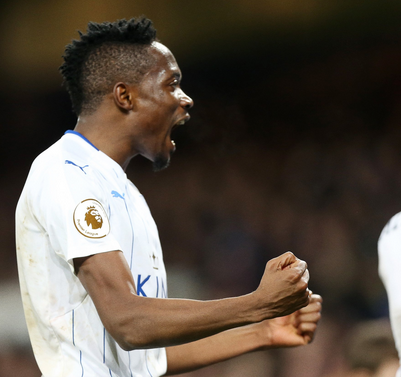 Leicester City Football Club Manager, Claudio Ranieri has lauded the duo of Ahmed Musa and newly signed former KRC Genk midfielder, Wilfred Ndidi after both players’ put up outstanding performances in their FA Cup 3rd Round victory over Premier League rivals, Everton. Nigerian international Ahmed Musa who came on for injured Jose Ulloa in the 35th minute struck twice in five minutes ( 66th & 71st)  to turn the table for the reigning English Champions who had gone behind earlier on to a Romelu Lukaku strike in the 63rd minute. Speaking after the game, a relieved Ranieri said on Musa’s goals and overall performance:
“Musa was excellent. I’ve watched him recently and think he is starting to understand English football better. “ Wilfred Ndidi recently joined the foxes in a 15-million-pound move from Belgian side KRC Genk where he had impressed. 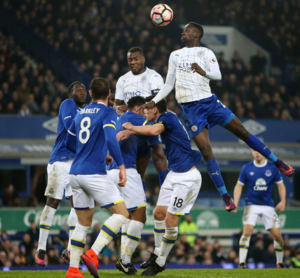 “Wilfred only trained two days with us, but he showed strong character and personality. A great performance” said a highly elated Ranieri. Ahmed Musa’s brace against Everton in the FA Cup 3rd round would come as relief for the pacey forward, having not scored since October 2016 when he scored a late equaliser against Tottenham FC in a Premier League encounter.