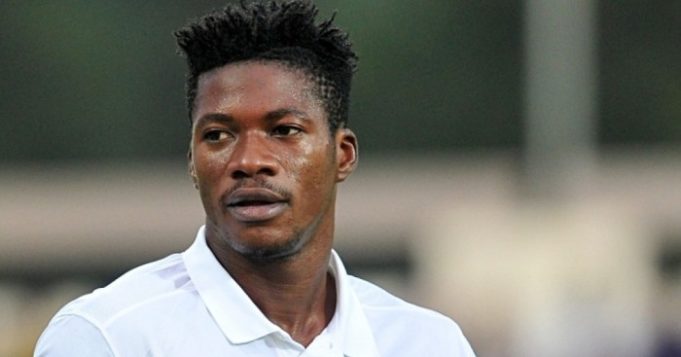 Kano Pillars defender, Jamiu Alimi is a former Europe-based player. He has had unsuccessful stints in Belgium and Greece but decided to return to Nigeria.
Today, Jamiu Alimi is one of the finest players in the Nigerian Professional Football League (NPFL). Last season, he made the NPFL Team of the Season by many league bloggers and analysts.
Jamiu Alimi was also part of the NPFL All Stars team that went to Spain. To cap an interesting season for the youngster, he got a Super Eagles’ invitation under present coach Gernot Rohr, just before the start of the 2016/2017 Season. He spoke on sundry issues with aoifootball.com’s ABIOLA SHODIYA.
Excerpts:
How has it been in the past season with Kano Pillars?
It was a wonderful year for me. Since I joined Kano pillars good thing has been coming my way.
You played over 30 games without injury. How did you do it?
In football, you need to keep yourself fit; I try my best every time and pray to God every time for an injury not to occur. No one has control over injury but I guess God has helped me this season.
What is the experience at Kano Pillars like compared to others at home and abroad?
Kano Pillars fans are out of this world. It was very amazing the first time I got here; I saw so many fan’s around, I never experienced such fans around the world for me. I never taught so many people could watch football like that in Nigeria. That’s why I give kudos to the Pillars fans. They are simply exceptional.
So, you’ll pick Kano Pillars ahead of what we saw on your final day in Enugu?
Yes of course. Because if Kano Pillars fans want to come and watch a football match, they come in droves. I’ve seen Enugu also; I am now a Kano Pillars player no matter what. The fans love football more.
Going forward, what are the options for you at the club level?
I won’t lie to you, no one knows tomorrow. We don’t know what’s going to happen in a jiffy. For me, only God knows where I am going to be, but for now, I am still a Kano Pillars player.
One person that won’t be with Pillars for next season is Coach Muhammad Babaganaru. How will you miss him haven worked with him last season?
I really liked his tactics because it worked; he is a very good coach and I’ll miss him a lot because he encouraged me during my games.
He made my game show more. If not for him, I don’t think people would know the player Alimi Jamiu is today. I really need to appreciate what he did for me. As he leaves us at Kano Pillars, I wish him good luck in his future endeavours.
You had the privilege of playing a lot of games for Pillars last season. Which was your favourite? 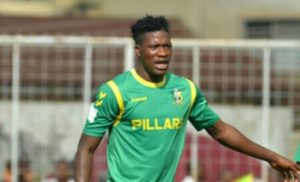 My best game last season was against Rangers in the first match. The crowd, atmosphere and the match, everything was wonderful.
Watching the Rangers game again, did you ever think they had the material to win the League?
Yeah! They have a lot of good players and coach; they did their job properly. I think that was what made them champions. A champion needs to move ahead of everyone. They showed the stuff of champions.
Kano Pillars never has issues with players’ salaries. How do you feel about the management of the club?
I really appreciate them, because amongst all the clubs I’ve played in Nigeria, I think they are the only ones that never mess up salaries and bonuses; everything goes on very well here. I don’t see any bias in anything they do, everything is going on fine here. Financially, everything is perfect.
You were a member of the home-based CHAN team. The team was tipped to go further but it crashed out in the group stage. How do you feel?
Everyone felt so bad because we intended to do better; it happened we didn’t do greatly. 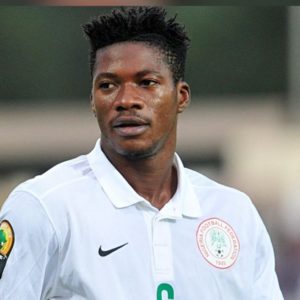 What’s the unique thing about you?
I work very hard, pray very hard and I’m focused when play the game.
What’s your word of encouragement for the younger players who want to emulate Jamiu Alimi playing for Kano Pillars and the Super Eagles?
My words for them is to know that nothing comes easy; you need to work hard everyday, every minute and remain prayerful.
You have had stints in Europe; if you wanted to, where in Europe would you like to go back and play?
Well, you know Nigerian players anywhere it comes, they go. For me, I go with my mind. I love only one club. I may not be a supporter of Liverpool but I like the way they play. If I am to choose one, I would choose Liverpool.
Who has been your mentor from childhood and which player do you aspire to play like?
I aspire to play like Sergio Ramos. I admire the way he plays, the way he does his things in the field; he always is the mentor of the team at Real Madrid and with the national team.
What is your national team dream?
For me, nothing else but putting my best when given the chance. Every player wants to play for the national team and I hope to get my chance soon.
Which was your memorable moment in the past season?
My memorable moment was when I went to represent my country at my first tournament at the CHAN.