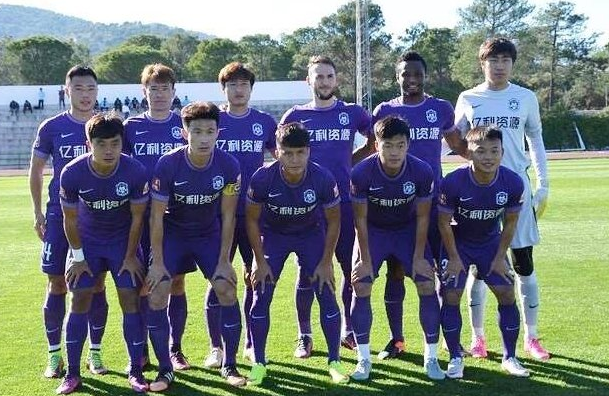 Super Eagles captain and Tianjin TEDA newly signed defensive midfielder , Mikel John Obi was in action for the first time for his new club in a friendly against Bundesliga side Borussia Monchengladbach on Wednesday, though the game ended in 2-1 defeat in favour of the Germans.
The former Chelsea midfielder who recently joined the Chinese Super League outfit had his first training session couple of days ago and subsequently featured for the club in their build up for the new season.
The visitors scored first quite early 10 minutes into the game, before Tianjin Teda got the equalizer 14 minutes later.  The German team continued mounting pressure in the second half, but finally got their reward towards the 80th minute mark by scoring the match-winner when it really mattered in the game.
Tianjin TEDA FC finished 10th in the Chinese Super League last season, but have plans to improve as the season gets underway, especially with the new additions in the team.