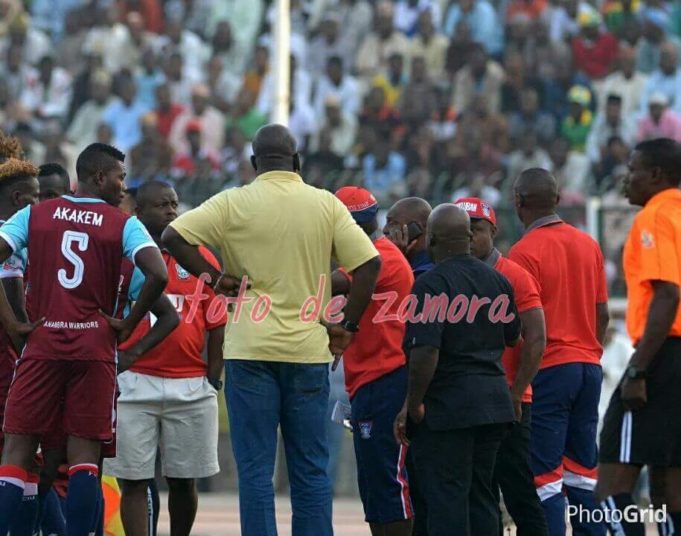 Owner of FC IfeanyiUbah, Dr Patrick Ifeanyi Ubah, has suspended Jonathan Igwe, the Team manager of the team after the opening day drama against Kano Pillars at the Sani Abacha Stadium, Kano.

Dr. Ubah, who tendered an unreserved apology to the League Management Company (LMC), said the incident wouldn’t have happened if he was present at the stadium.

It was however believed that the sacrificed team manager was calling the Dr. Ubah, after he vowed to disrupt league activities via a message sent to the LMC Chairman, Shehu Dikko, aoifootball.com gathered.

The Anambra Warriors were understood to be livid about supposed questionable officiating that led to one of their players being sent off and their goal being overruled by centre referee Ajayi Foluso.

Kano Pillars were 1-0 up before the abrupt end, courtesy of a solitary strike from Gambo Mohammed who scored from a rebound off Amos Gyang’s shot which ricocheted off the post.

If the League Management Company (LMC) decides the match was forfeited and not postponed, it would mean a 3-0 win for Kano Pillars and three points to boot.

Many dignitaries are understood to be present at the Sani Abacha stadium to watch the first game of the season in the NPFL, including the Kano State governor, Abdullahi Ganduje, and LMC boss, Shehu Dikko.

Super Eagles’ are not motivated by cash – Ogu