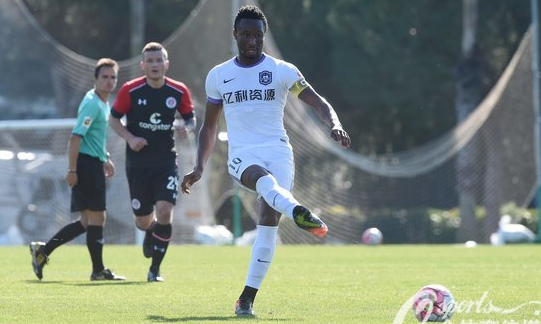 Nigeria captain, Mikel John Obi  has said that coaching at his new club, Tianjin Teda is as good as at his former club, Chelsea AOIFootball.com has gathered.

The midfielder joined Tianjin Teda early this month and is already impressed with the level of coaching at the Chinese Super League side, as done by his new manager Jamie Pacheco.

“I do not think there is a lot of difference in the level of coaches now,” Mikel said, adding “I think (Jamie) Pacheco is a high level coach, and he was a very good player.

“Training is done very well, with a very high level.”

Mikel has already made three appearances for Tianjin Teda in pre-season games against German sides Borrusia Mochengladbach, St. Pauli and Romanian top side Dinamo Bucuresti. He was on target in his club’s defeat against St. Pauli on Saturday.