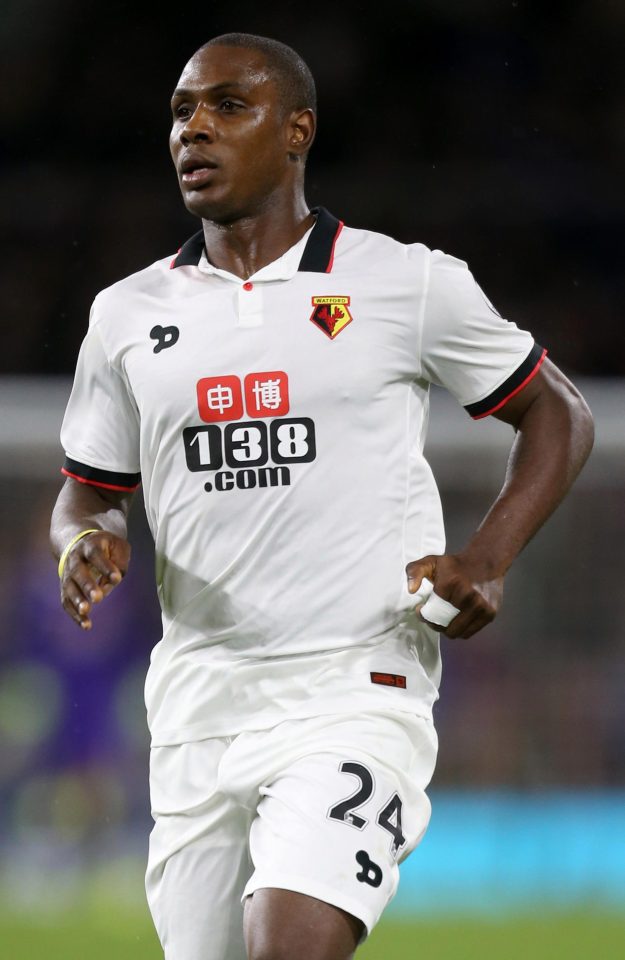 According to the Sun UK, Watford boss, Walter Mazarri has insisted Odion Ighalo will be on the team bus on Friday as the team travels to Bournemouth ahead of their premier league clash.

Ighalo, 27, is wanted by EPL side West Bromwich Albion, a news that broke on Thursday in a fee understood to be in the region of £20 million.

But on Thursday night Mazzarri played down talk of an immediate deal claiming that Ighalo would travel to the South Coast with the team as they prepare to face Bournemouth in the Premier League this Saturday.

He said: “At the moment he will travel with the team. When we have a game like this against Bournemouth I don’t want the transfer market to distract my players. They have to be focused on the colour of the Watford shirt.”
The Italian, who arrived at Vicarage Road this summer, did admit that owner Gino Pozzo was in charge of transfers although he did have input.
He said: “The club provided specific targets at the start of the season. Ultimately it’s up to them to decide on the transfer market.
“I’m confident we can reject bids for players but of course the club can do what they want although it’s important any agreement is between myself and the club.” Mazarri was quoted as saying.
Ighalo thrived under Quique Sanchez Flores last season but has struggled to recapture his best form in Mazzarri’s side this term.
He has only scored twice this season in all competitions – after notching 17 last term – while the Hornets have struggled for consistency in both their starting line-up and their general Premier League form.