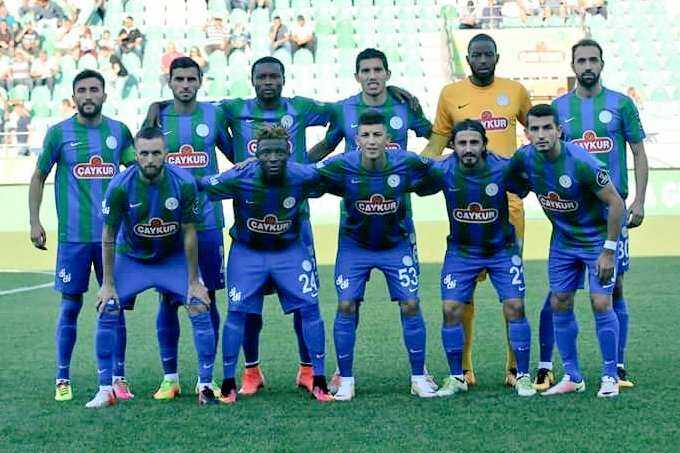 Konyaspor FC have defeated Caykur Rizespor 2-1 in a Turkish Super League clash.
Nigerian defender ,Godfrey Oboabona featured all 90 minutes for the away side but his efforts were not enough to save his club from the loss.
Oboabona’s performance this season has seen him play in almost all the matches the team has been involved in, even as he has impressed Coach Hikment Karaman.
Another Nigerian striker, Bright Edomwonyi was introduced in the 66th minute to replace home boy Ahmet Ilyan Omet.
Rizespor remain 15th on the log after 18 matches.