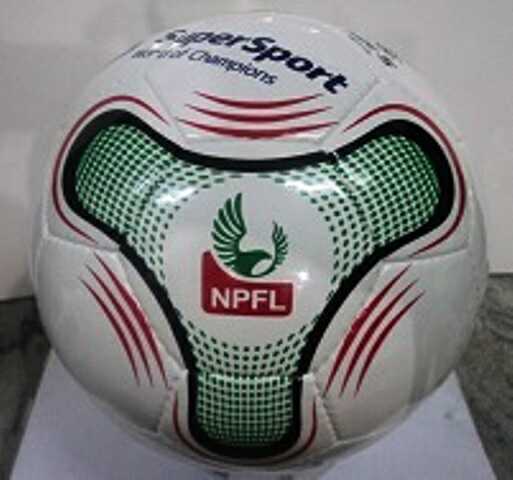 Match Day 3 of the Nigeria Professional Football League (NPFL) saw all home sides record victories. MFM FC went all goals crazy again and so did Plateau United who scored 3 goals. In all nineteen goals were scored, and Remo Stars won for the first time in the elite division.Kano Pillars vs Shooting StarsShooting Stars started brightly at the Sani Abacha Stadium with a beautiful display and before scoring first to silence over 5,000 Pillars’ fans who turned up to cheer Mai Su Gida.
Adewale Adigun gave the Oluyole Warriors the lead in the 41st minute. And just two minutes after the break, Pillars struck through Adamu Mohammed who had a decent game. Mohammed went on to score the decider at the death to end the game in a rapturous manner, much to the delight of Pillars’ fans.FT: Kano Pillars 2-1 Shooting StarsEnyimba vs Gombe United
The People’s Elephant got maximum points at their tentative home ground in Calabar as they brought the Desert Scorpions to their knees in great fashion.
However, they had to wait for over an hour to register their first goal in the encounter. Ibrahim Mustapha’s strike put the home side in the lead in the 65th minute. United however struggled to get back into the game but Enyimba held on to secure all three points in the final minutes when captain Mfon Udoh scored from the spot.FT: Enyimba 2-0 Gombe UnitedRangers Int’l vs El-Kanemi
The champions had a stroll over El-Kanemi in the last game of last season at “The Cathedral”, putting four goals behind the Maiduguri outfit and claiming the league title.
However, the Flying Antelopes struggled in this game and have Bobby Clement to thank for the only goal of the game. The goal was scored in the 68th minute.FT: Rangers 1-0 El-KanemiRemo Stars vs Abia WarriorsRemo Stars recorded her first win of the season after losing two games on the bounce. The win didn’t come easy though, as they had to rely on a late penalty scored by Victor Mbaoma in added time. It was Abia Warriors’ first loss of the season.FT: Remo Stars 1-0 Abia WarriorsRivers United vs Niger TornadoesGuy Kueiman scored the match winner for the Pride of Rivers against less fancied Minna-based side, Niger Tornadoes in a Match Day 3 encounter at the Yakubu Gowon Stadium in Port Harcourt.United now have 7 points from 3 games and have not lost any so far this season.FT: Rivers United 1-0 Abia WarriorsWikki Tourists vs Akwa UnitedCoach Maikaba’s return to his former home ground ended in a disappointing note for the “Promise Keepers” as they fell to a solitary strike by Harrison Madu for Wikki. Madu scored 8 minutes from time. FT: Wikki 1-0 Akwa United
Plateau United vs Sunshine StarsBenjamin Turba scored a brace in both halves and Kabiru Umar scored in between for Plateau United to ensure they sit comfortably on the log with 9 points from 3 matches for Kennedy Boboye’s side.
The Akure Gunners however got a consolatory goal in added time through Alaba Adeniyi.FT: Plateau United 3-1 Sunshine StarsABS FC vs FC Ifeanyi UbahThe Saraki Boys again won at home and will have Metu Chigozirim to thank for his strike in 17th minute. It was a disappointing performance from the Billionaires who were in fantastic form in Match Day 2 when they dispatched MFM 4-0. But this time, they couldn’t recover from Metu’s early strike.FT: ABS FC 1-0 FC Ifeanyi UbahKatsina United vs Nasarawa UnitedSuleiman Musa was the super-sub who came in to replace Bidemi Abdulwahab. He got the match winner for the “Changi Boys.” His goal came in the 80th minute, and was well assisted by Tasiu Lawal. Though Nasarawa United fought back, they didn’t recover on time as Bala Nikyu’s side got maximum three points.FT: Katsina United 1-0 Nasarawa United 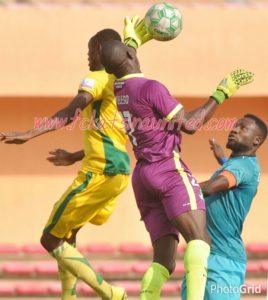 MFM FC vs Lobi StarsStephen Odey scored the first hat-trick of the new season. Odey’s goals came in the 28th, 59th and 67th minutes.
Giscard also scored for the Olukoya Boys a minute before Odey’s third goal of the day. Lobi had no chance, never looked like they had a plan, because they were totally disoriented by the Coach Ilechukwu “The Working One.”