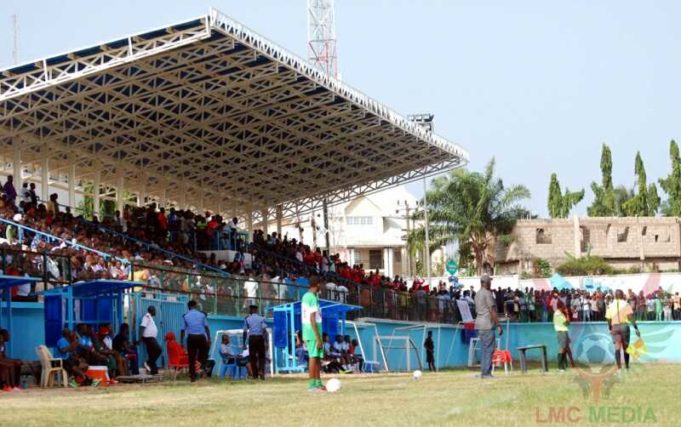 By Abiola Shodiya
Contrary to media reports that the Nigeria Football Federation’s inspection team has approved the FC Ifeanyi Ubah Stadium for Confederation of African Football (CAF) matches, a source in the Glass House has revealed to the contrary, saying there is no truth in it.
As part of efforts to ensure Nigerian clubs are well prepared for CAF competitions this year, the NFF inspection team had gone round to assess the stadia of Rangers International, Wikki Tourists, Rivers United as well as FC IfeanyiUbah.
The source, who is a member of the Nigeria Football Federation (NFF) inspection team, told aoifootball.com exclusively, albeit on the condition of anonymity, that the stadium was the worst among all stadia visited.
According to the source, some of the areas that require urgent attention include: Construction of toilets, standard dressing rooms, revamping of the pitch, construction of a training pitch, closure of drainages, construction of a press conference centre, construction of a press tribune, construction of medical facilities, and so many other important details within the stadium.
However, an inspection team from CAF will also visit the stadium, which is being built by business mogul, Dr Patrick Ifeanyi Ubah, to corroborate the Nigeria Football Federation’s assessment before their CAF Confederations tie with Egyptian side, Al-Masry in the first round of the competition.
The source finally added: “Even FIFA will not approve this stadium”.

Abiola Shodiya - May 23, 2017
ALL CATEGORIES
SOUNDCLOUD