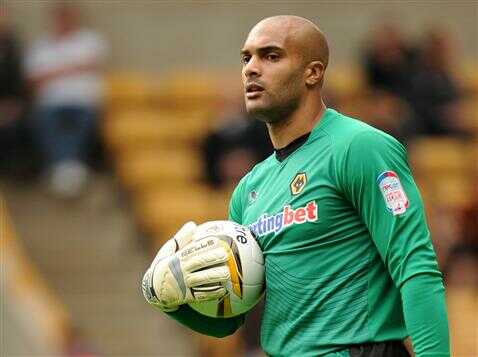 English championship side, Wolverhampton Wanderers are set to appeal the red card given to their Nigerian goalkeeper, Carl Ikeme on Saturday.
Ikeme was shown a straight red the championship game against Norwich FC on Saturday night for shoving Norwich striker, Wes Hoolahan in the chest.
Wolves announced their decision to appeal on their Twitter handle.
“Wolves have lodged an appeal over the wrongful dismissal of Carl Ikeme at Norwich on Saturday.”
“The written and video evidence in support of the appeal has been submitted to the Football Association ahead of today’s 5pm deadline.”
Should the appeal be rejected, Carl Ikeme who has been claiming his innocence of the incident, will miss three games for the club.