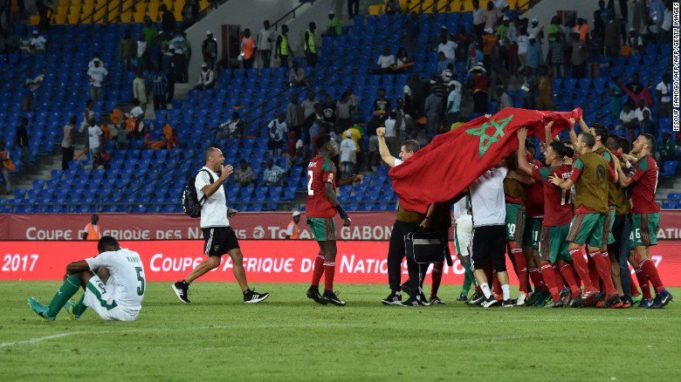 Morocco defeated Ivory Coast 1-0 to reach the Africa Cup of Nations quarter-finals and knock out the champions.

Rachid Alioui scored with a long range effort from 25 yards to earn the win for Morocco and their coach Herve Renard, who led the Ivorians to the 2015 title.

Ivory Coast needed a win to go through but gave a lackluster performance, creating just two chances of note.

The Elephants lacked urgency in their play and go home after appearing not to put up a fight.

Even after going behind they were unable to cause the organised and disciplined Morocco defence any problems.

Morocco went into the game knowing that a draw was very likely to be enough for them to qualify from Group C and their game plan from the start was to stay compact and hit on the counter-attack.

It served to frustrate their opponents, who opted for the long-ball approach on a shocking pitch and failed to find any penetration.

Morocco could have added a second on the counter-attack but 19-year-old full-back Hamza Mendyl shot into the side netting after running half the length of the pitch.

They will play the winner of Group D in the last eight on Sunday.