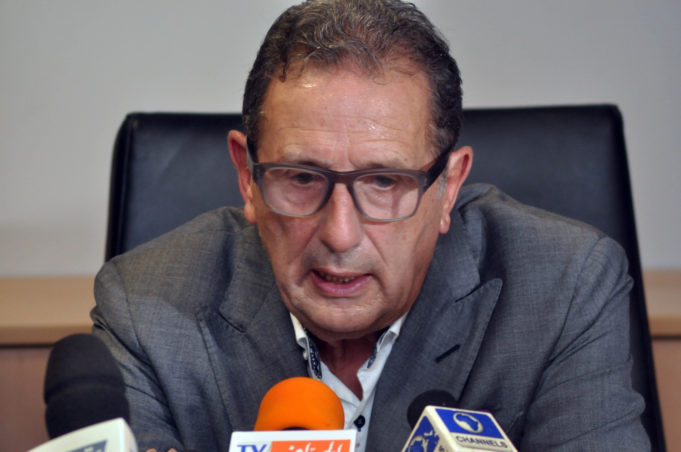 Algeria Coach, George Leekeens has resigned as coach of “Les Fennecs” following a dismal performance which saw the highly rated team crash out in the first round of the Africa Cup of Nations, Gabon 2017.
Algeria, who were pre-tournament favourites before the kickoff of the biennial tournament, failed to win a single match in the group stages of the Nations Cup. They started by recording a shock 2-2 draw against a less fancied Zimbabwe; it was a poor start even as it took a brace from Africa’s Best Player of the Year, Riyad Mahrez to save the day for the George Leekens’ side.
Again, they failed to sparkle as they fell like a pack of cards to the supremacy of Tunisia in the Mahgreb derby, losing 1-2.
It was going to be an herculean task in their Match Day 3 encounter against group leaders Senegal’s Teranga Lions. The game ended 2-2, and it marked the end for a star-studded Algerian side.
Pundits say the misfortune of Les Fennecs was imminent with the poor decision making displayed by the Algeria Football Federation prior to the kickoff of the FIFA World Cup qualifiers, where they quickly hired and then fired Milovan Rajevac after a home draw against Cameroon. They then moved on to appoint George Leekens, who lost to the Super Eagles in Uyo and have now failed woefully to shine at AFCON 2017.
Leekens’ return as manager of Algeria saw him record one win, two draws and two loses.