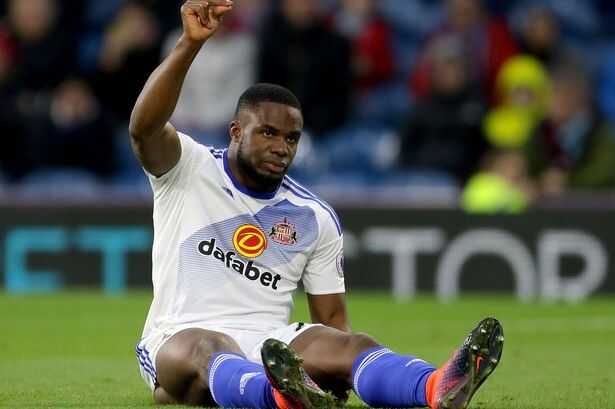 Sunderland FC striker, Victor Anichebe has been urged his Nigerian compatriot, Kenneth Omeruo, to stay strong even as he battles another injury.

Anichebe suffered a knee ligament injury in a Premier League game against West Brom over the weekend.

The 28-year-old, who has not being lucky as he has been battling with an injury-plagued career, revealed how devastated he his following this latest setback.

The striker announced on his social media accounts how he was crying knowing his importance to his club. The latest misfortune has attracted sympathy from friends and fans, prompting Super Eagles’ defender, Kenneth Omeruo to show support and concern by sending words of encouragement to the injured Anichebe via his Instagram.

Omeruo posted: “Sad about the injury my bro; keep your head up, wishing you speedy recovery.”

The latest injury to Victor Anichebe will see him out of action for at least 10 weeks, with his struggling club Sunderland FC really having to battle relegation under manager David Moyes.

AFCON Qualifier: Eagles mission is to get all three points in Jo’burg, says Rohr