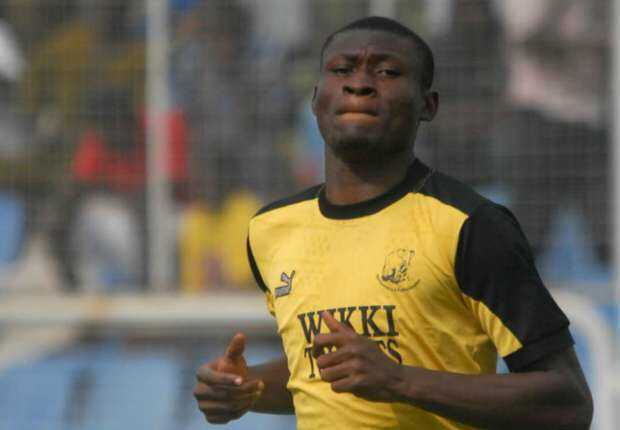 So the positives keep piling. It’s only early days, but there’s been enough activity to be optimistic already. From the revamped LMC rule that reward teams who operate a functional youth system and is dedicated to promoting the youngsters; and then players ‘betraying’ their love for certain teams and pitching tent with direct rivals. We have equally seen the return of exiled players (not uncommon in Nigeria) and a lot of proposed move ‘abroad’ have failed to materialise time and again. And it is still only early days.

In a country where clubs don’t see the need to reveal how much a transfer is worth, the media is left in the illusion world of speculation. We just never know how much a club really received for the transfer of their players whether locally or internationally. It is usually a case of “a top source from the club revealed exclusively that the transfer is worth X-naira,” another “source” has a different version. In the end, everyone has a similar figure, but it is always born out of speculation. Usually, never enough facts. No proof.

In the end, the deal is done and the player is in a ‘safe haven’; most of the time, we barely ever hear about them again. Once glorified at home, exiled and forgotten. Perhaps making slightly better income than he earned in Nigeria. 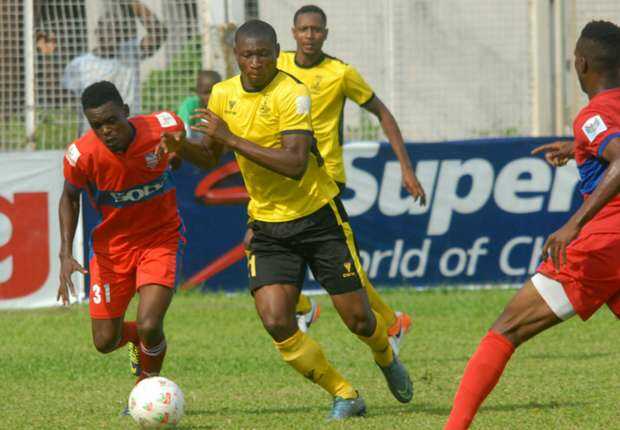 So it came as a heart-warming news that FC Ifeanyi Ubah signed last season’s NPFL top scorer, Godwin Obaje from Wikki Tourists. How much was spent? We don’t know. Did this transfer even happen? Yes it did. We just can’t announce how much we spent acquiring the hottest 19-year-old in the NPFL last season. See?

As of December 21, 2016, Obaje was reported with picture evidences to have signed a four-and-half year deal with Tunisian side Etoile du Sahel, having failed to earn a contract at Spartak Moscow after trials. 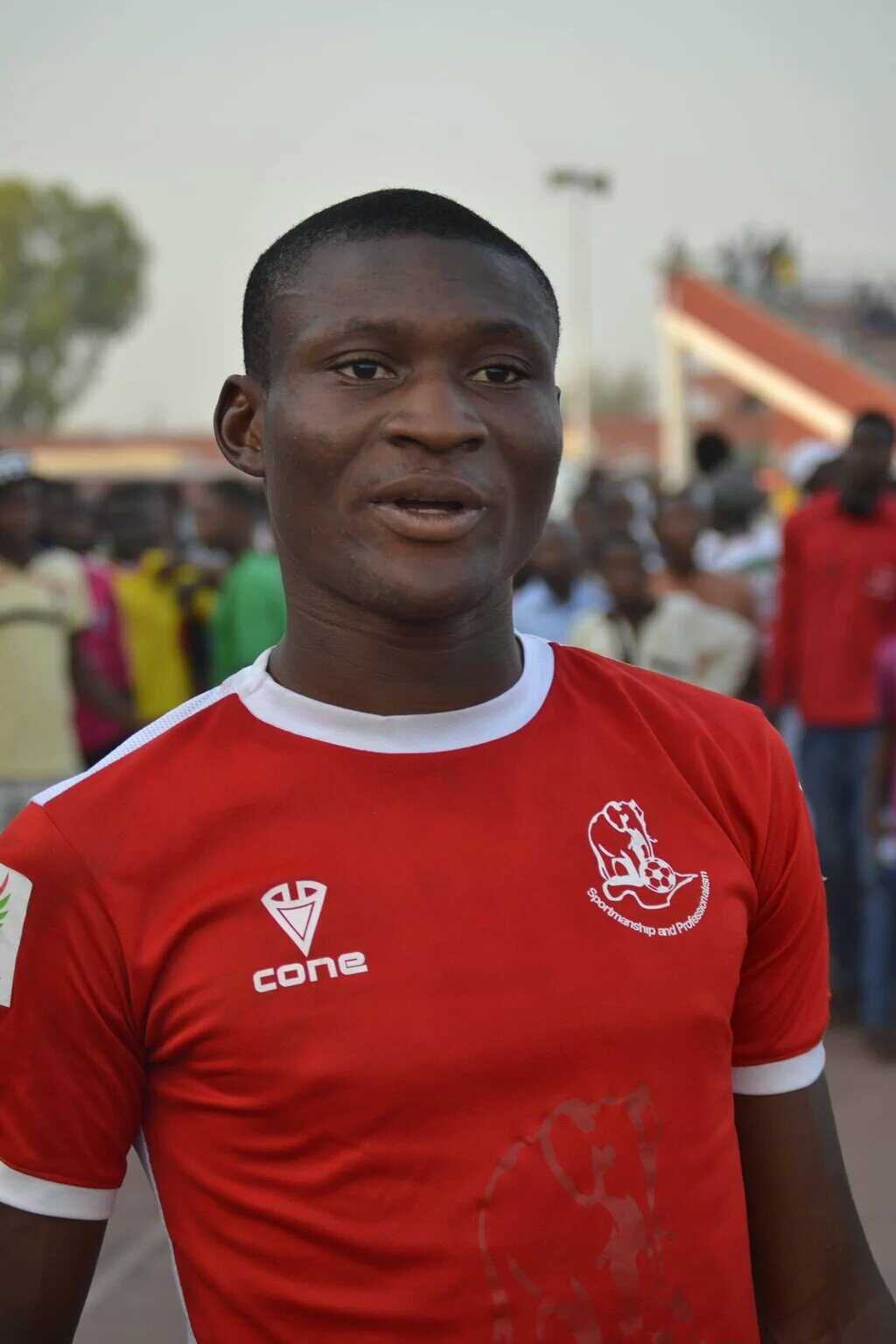 What happened afterwards? How did he arrive at FC Ifeanyi Ubah? Is it another scam? Hell no! Someone close to the player, who prefers to address himself as “a distant adviser” revealed that Etoile offered to pay in instalments but Wiki Tourists refused.

He said: “Etoile offered to pay in three installments, and that didn’t suit Wikki. But FC Ifeanyi Ubah had been on his trails for a while.”

“With the European transfer window closing [in a matter of days], and Ifeanyi Ubah offering him what was obtainable out there in  [Europe], he had to consider the deal.”

Besides, FC Ifeanyi Ubah offered to pay in two installments and equally agreed to pay Wikki a certain percentage of future deals.

All these could mean that Wikki Tourist will earn a lot more from this deal should Obaje’s profile rise well enough to command a lump sum from a European clubsides in the nearest future.

One thing is certain, we may never know how much Wikki Tourist got for Godwin Obaje or exactly how much FC Ifeanyi Ubah will pay the goal poacher, but some tiny birds from the Nnewi camp revealed he’s set to earn N24 million [that’s $80,000 in today’s exchange rate] yearly. That will make him the highest paid footballer in the league’s history.

In the football world, $80,000 a year sound like peanuts, when compared to what is obtainable in Europe; but that is true only in the upper tier of the top five leagues (England, Spain, Germany, Italy and France). In a general sense, $80,000 a year is good pay. Most people in the world would be glad to make that much. Most people in the world do not make that much. And it wouldn’t surprise me if Obaje is the highest paid member of his extended family. And the best part of the news is, he hasn’t gone all the way to Vietnam, Sudan, Libya, Qatar, Austria, Norway, Finland, etc. to get this (no disrespect to these countries).

A lot of our players have left Nigeria to other countries with poorer leagues set-up to be paid wages as low as $50,000 yearly simply because, we have failed to realise the economic importance of keeping our best legs in the NPFL at least, till we can no longer afford them.

Not too long ago, a player like Brazilian international, Neymar remained in Brazil when others jumped at every opportunity they found in Europe. And why would he leave when he was reported in December 2011 to be earning £550,000 (almost $900,000) a year from football alone (not including his earnings from commercial endorsements). And why would his club Santos sell him when his presence in their squad was netting them fat corporate sponsorships which they would lose if they lost him? Until there was a far better deal in Barcelona, Santos didn’t sell and Neymar didn’t force a move either.

At one stage of his career, Mohammed Aboutrika earned almost $1 million yearly in pay and endorsements while playing for Al Ahly in Egypt. His financial state made it easy for him to turn down mid-table European clubs.

In an interview with African football media in 2010, Hassan Shehata stated said he had used “three or four foreign-based players in 5 years” as Egypt completely dominated Africa between 2006-2010, winning three AFCON titles in the process.

Retaining the stars of every season may be very expensive. In fact, it could inflate the price of Nigerian players, particularly in the Nigerian market, but it will not only improve the economic value of the league; it will equally produce quality alternatives for the Super Eagles, reduce the cost of planning for about 20 foreign-based players and also, a team chemistry that could be instrumental in dominating Africa, like Egypt did barely seven years ago.

VIDEO: Is Henry Onyekuru the next big thing for Nigerian football?