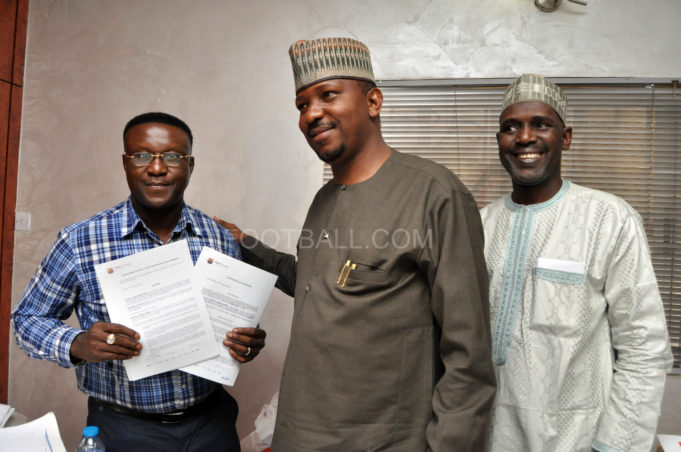 Speaking exclusively to aoifootball.com at the League Management Company office in Abuja  Anyansi Agwu believes the deal marks a new dawn for Nigerian football while also praising the Shehu Dikko led LMC for ensuring it was a well packaged deal for the young winger.

” It’s a well packaged deal. I must say this marks a new dawn in Nigerian football. It means the era of players going abroad for trials abroad is over. It means there is hope for our young footballers. It means the hardwork by the League Management Company is paying off.” Anyansi posited.

AOIFootball.com further gathered that Ezekiel Bassey’s loan deal will last till the end of the season with an option for a permanent move to Barcelona main team.

Ezekiel Bassey has already passed his medicals and may feature this weekend. It could be recalled he was in action for the People’s Elephant in the Abia derby in NPFL Match Day 4.