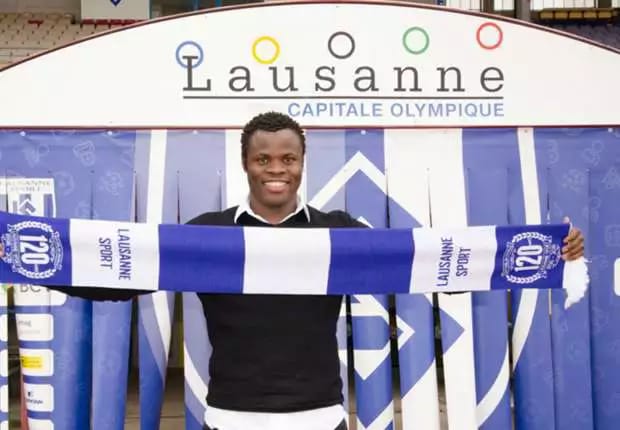 Former Super Eagles defender Taye Taiwo has joined Swiss outfit FC Lausanne-Sport.
Taiwo joined the Swiss club from Finland’s HJK Helsinki where he left as a free agent.
The defender is expected to be with Lausanne till the end of the season.
Taiwo, 31, will be with Lausanne until the end of the current campaign.
A statement on the club’s website reads: “FC Lausanne-Sport is proud to announce the arrival of a defensive reinforcement of weight in the person of Taye Taiwo, who did his medical today.
“The powerful 31-year-old defender will reinforce the team and will be in the team until the end of the season 2016/2017, coming from HJK Helsinki.

A delighted Taiwo announced his new deal via his official instagram page:
“New team new city new life new challenge ready to win thank you ALLAH.”
Previously a regular feature in the Nigeria national team, Taiwo  is seen as a journeyman having played for a number of European clubs including Queens Park Rangers, AC Milan, Bursaspor, HJK Helsinki  before this latest move to Switzerland.
Before his move to Finland, the former Nigerian international spent much of his career with Olympique de Marseille, the team with which he won the French Championship in 2010, before leaving for AC Milan in 2011.