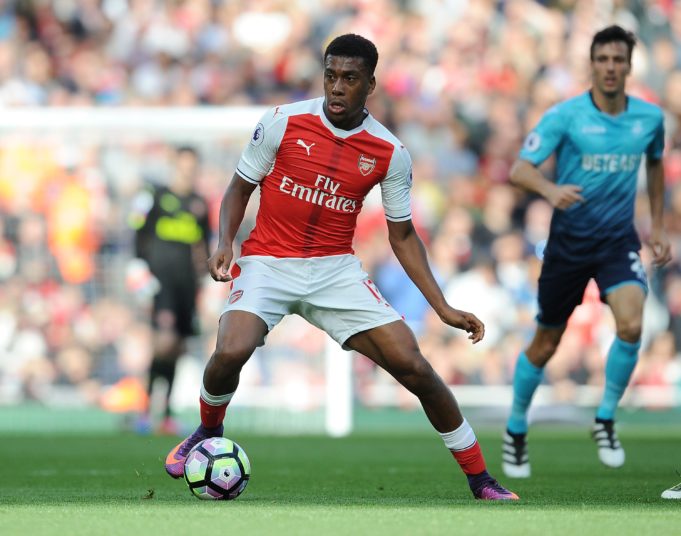 Arsenal’s Alex Iwobi and his colleagues fell to the superior power of Chelsea which had his Nigerian Super Eagles team mate Victor Moses in the line up and in fine form.

Iwobi had hoped for a better outcome, only to be totally outplayed and dominated by the blues at Stamford Bridge.

Olivier Giroud however got a consolatory goal for Arsene Wenger’s men in the dying minutes of the encounter.

Nigerian international Victor Moses expressed his delight after the win via his official twitter handle:

” Massive win, Thanks for your support.”

Chelsea are leading the pack with 59 points after 24 games in the English Premier League.