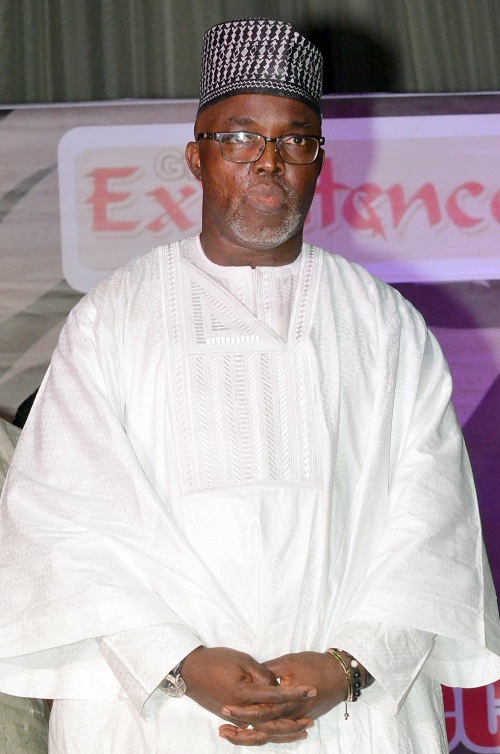 President of the Nigeria Football Federation, Amaju Melvin Pinnick has said the Super Eagles’ World Cup qualification is over and above is ambition to be a member of the Confederation of African Football Executive.

Speaking to aoifootball.com, Pinnick posited that despite the fact that he is in to contest for the CAF seat to represent West Africa- Zone B and Nigeria in CAF, his main desire and biggest achievement will be to see the Super Eagles pick the sole ticket in Group B of the FIFA World Cup qualification race ahead of newly crowned African Champions Cameroon, Algeria and Zambia.

“Truly and sincerely, my sincere desire is to see the Super Eagles qualify for the FIFA World Cup in 2018. This I must say is high and above my desire to serve in CAF. Power comes from God, and if it is God’s desire for me to win the election, then so be it”, Pinnick said.

On if the NFF boss fancies the chances of the Eagles ahead of the double-header against the Indomitable Lions of Cameroon in August, Pinnick pointed out that the federation will do everyting to ensure the team is well prepared for the back to back games which is expected to go down in a space of four days.

“I picked interest in the Cameroon team immediately they picked a point in Algiers. Coach Rohr and I kept an eye on them all through the duration of the AFCON and eventually they won the trophy. We have mapped out plans to ensure the team is well prepared for the games and we believe they will win to seal our qualification for the World Cup”, enthused Pinnick.

The Itsekiri- born sports administrator will go head to head against President of the Beninoise Football Federation Anjorin Moucharafou who is the incumbent for a place on the Executive Committee of CAF. The election is scheduled to hold in Addis Ababa on the 16th of March, 2017.