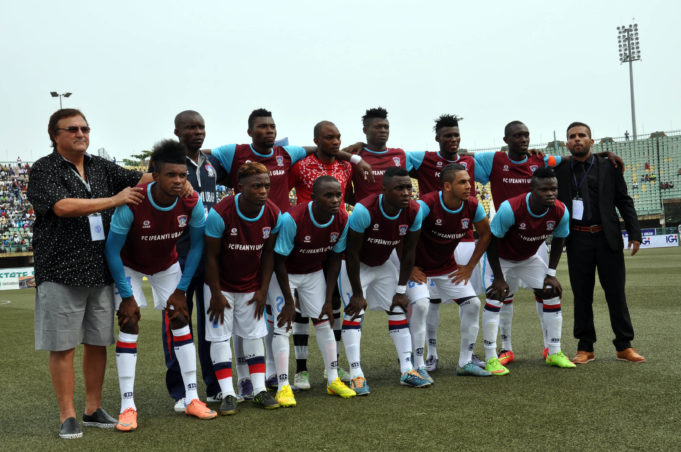 FC Ifeanyiubah recorded a narrow 1-0 win against Egyptian side, Al- Masry in the first leg of their CAF Confederation Cup preliminary round 1st leg match at the FC Ifeanyiubah Stadium in Nnewi on Sunday.

Al Masry Goalie Abdelhalim denied Ifeanyi Onuigbo from breaking the deadlock three minutes before the half hour mark saving the big striker’s shot which was on target.

The goalkeeper made more saves in the 33rd minute as he stopped the duo of Prince Aggreh and King Osanga.

Al-Masry nearly took the lead late in the first half through Ahmed Abdulraaof but Ikechukwu Ezenwa produced a fine save to deny him.

Al-Masry got a rear chance a minute later but Ahmed Gomaa failed to beat Ezenwa from a good position.

Medrano netted the winner in the 88th minute firing past Abdelhalim after he was set up substitute Isaac Loute.