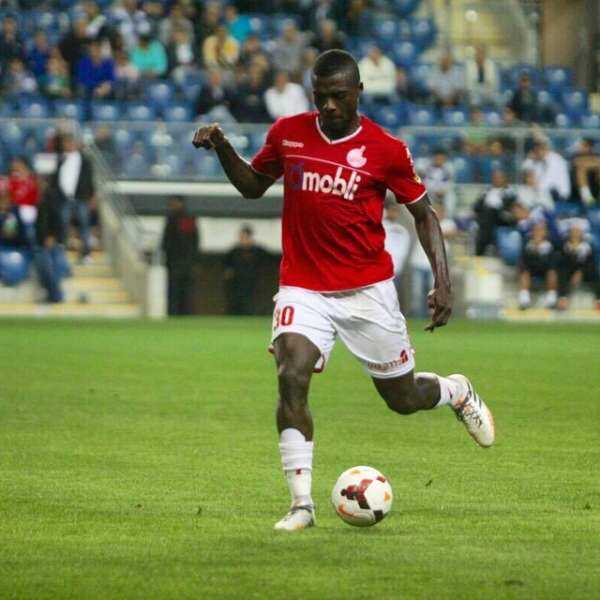 Nigerian Midfielder, John Ogu has said he is ready to give his Israeli Hapoel Beer Sheva 1000 percent.

Ogu, in a rather strange tweet, made some revelations about how last December was a minor setback for him.

This was a period where the midfielder won the Israeli Super Cup, capping it with a Europa League round of 16 qualification.

Ogu’s tweet gave an indication the midfielder might have been hoping to secure a lucrative transfer to a bigger European club or perhaps join the bandwagon of the Super Eagles’ players moving to China.

In this tweet, the midfielder however, vowed to give a 1000% to his club, adding that Hapoel Beer Sheva is the best club in the world.
“December last year’s minor setback motivated me. I’m ready to give 1000% in every game for my club. I’m lucky to be playing in the best football club in the world,” Ogu said in his tweet.