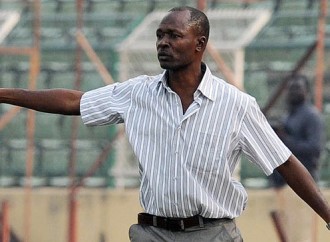 As his team travel to Katsina to take on 13th placed Katsina United in Sunday’s NPFL week 9 fixture, Shooting Stars Coach, Fatai Folorunsho Amoo has said that he is aware of his opponent’s fine form at home, but that hid team will get a good result

Amoo, who noted that his team will put in extra work before the game for them to leave the Mohammed Dikko Stadium victorious, said the home record of Katsina United will not matter.

“With their result so far, they are like invincible at home, which means we have to work extra hard to get a result. We won’t care if we play well or not, all we will be after is to win or draw the game,” said Amoo.