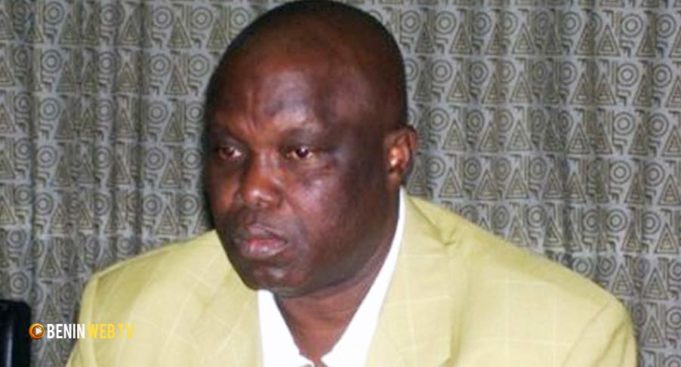 Benin Republic FA President and CAF Executive Committee member, Anjorin Moucharafou says his opponent in the March 16 CAF Elections, Amaju Pinnick is a “Small Boy”, firing the first salvo in what is billed to be one of the most keenly contested elections in CAF’s history.Anjorin said the Nigeria Football Federation president is a small boy in Africa Football, Its political intrigues and has predicted he will fail in his bid to oust him from board aoifootball.com has gathered.

” Obviously now it’s clear that I have not earned their respect. As far as I am concerned, Nigeria and Benin is the same, perhaps with small language barriers. We don’t need to fight for positions, a Nigerian was in this position for more than 14 years, but it’s not Your legacy, it should be rotational.”

Moucharafou told a Nigerian-based Radio that he has paid his dues and deserves to continue to represent the zone as a CAF Executive member.

Anjorin , who hails from Abeokuta and claims he served former CAF and FIFA Executive member, Dr. Amos Adamu, insists his Nigerian opponent and NFF President,Pinnick, is inexperienced and too anxious to rise through the ranks.

” I have deep respect for anybody who wants to contest as executive member, but Pinnick is just a newcomer, he cannot come out after a two year mandate with the Nigeria Football Federation to become an executive member.

” Before I got here, I served Nigeria for 15 years and Nigerians. Starting with, I served Dr. Amos; because he was my senior. when he was there I didn’t dream to be on the executive board, it was when God gave me faith.”

” When Dr Amos Adamu was in office I served him with loyalty as my Boss and I did it with Pride, because he was a Nigerian.”

The Benin Republic FA President said he doesn’t expect support from Dr. Adamu but says he’ll stand defiant against Nigeria’s attempt hold a hegemony over the region in CAF. He maintains that the Nigerian citizenship should not guarantee anybody the exclusive rights of attaining position of leadership in an institution that has a democratic system in place.

” How can I ask him [Amos] to support me now? He needs to keep his face in the Country; but if You disrespect my country, I won’t respect Yours.

” Pinnick thinks he can use the big name of his Country to bully people for positions, we will find out in March.

” But besides that, for Nigeria to be there it will not be by nomination but rather by election; because somebody is from Nigeria, he’s not guaranteed a place in the board. We have always looked up to Nigeria, but if they feel compelled to bully us all, then the battle line is drawn.”
Anjorin is standing for re-election against Pinnick after he defeated Nigeria’s Aminu Maigari four years ago in Morocco.

My new baby has brought me luck- Onazi