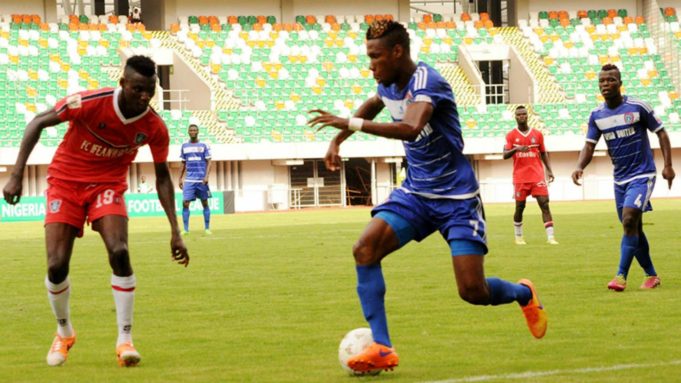 Akwa United flying winger, Ubong Friday will make a comeback this weekend after spending weeks on the sidelines due to injury.

Friday was selected by Coach Abdul Maikaba with seventeen others for the Match Day 9 clash away to newly promoted Gombe United on Sunday.

Friday sustained an ankle injury during Match Day 2 fixture against Rivers United in Uyo and has been out of action for six weeks.

The forward, who recently returned to full fitness was earlier in the week placed on extra training by coach Abdul Maikaba who seems to have been impressed with the player’s fitness.

Meanwhile, Christian Pyagbara has been dropped from the squad due to disciplinary-related issues and petit winger of the team, Moses Ebiye could not make the squad to Gombe due to ill-health.

Coach Maikaba will bank his hopes on Friday to help solve their goals-scoring problems when they trade tackles with the Desert Scorpions of Gombe.

“It was difficult missing in action so early in the season. I was praying for a quick recovery and thank God that it (the injury) has gone and I’m back to full fitness, ready to play my part for the success of the team,” Friday enthused.

The petit winger was the club’s highest goals’ scorer last season with ten goals and was also the top scorer during the 2015 Federation Cup with six goals when Akwa United won her first ever major title.