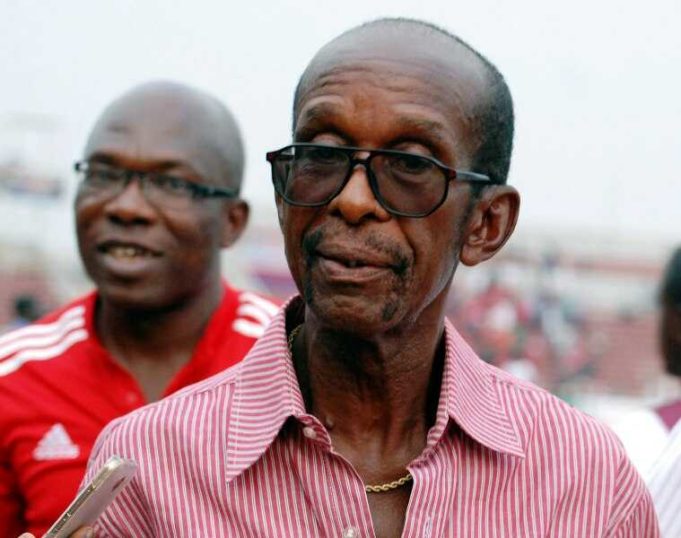 We may only have played a quarter of the total NPFL games projected for the season, but the traditional teams feel they know what it takes to have a fine season, and rightly so. Hence, if the sack letters start rolling in, not a lot will be surprised or term it early; this time though, it is not the clubs that run out of patience with the technical advisers, instead, it is the technical advisers, quite unusually, who seem less interested in hanging onto the position, tendering their own resignation letters in some of the most ill-advised and untraditional methods. Shocking, really.

First was Kabiru Dogo’s resignation around 6:30pm, moments after the team’s 1-1 draw at home to Sunshine Stars, which left Nassarawa United without a head coach for around three-hours thirty minutes; because as at 10pm a statement was made available to the press where Dogo rescinded his decision. Which begs why he took such a hasty decision in the first place? Comedy.

We were only just reeling from this joke when a similar story emanated from Umuahia, this time from one of the biggest football coaches in Nigeria, Okey Emordi voluntarily resigned as coach of Abia Warriors. Wait, it’s another joke right? Sure it is, he will speak with people who will convince him to change his mind. This was around 1pm on Monday, about that time when the technical crew go through videos and try to assess the team, study the avoidable mistakes that has brought an unfavorable result. In truth, today’s meeting at Umuahia could have been more serious – Abia Warriors were the only team to lose at home on Matchday 9. And so it turned out, while others probably prepared for a tongue lash from the man in-charge, they arrived to a different news altogether. There will be no tongue-lash today, Emordi is leaving. It’s not a joke, it is 9pm now – time of writing – and he is out. And for good.

Chairman of the Umuahia based outfit, Emeka Inyama has also confirmed that the management of the club has accepted Emordi’s resignation. So for real, Emordi is history at Abia Warriors.

The Umuahia based outfit are not the worst placed team in the league, currently placed ninth on the log with 29 games more to play, that seems like enough time for the team to improve; add that to the mid-season transfer window. So why did he quit?

Abia warriors didn’t deny him is wish and they probably didn’t try to persuade him too; the management took a swift move to promote Abdullahi Biffo, Emordi’s assistant for the opening 9 games of the season.

Abdullahi Biffo? That name is familiar, who is he?

Remember the now defunct Giwa FC? Okay. Abdullahi Biffo brought Giwa from the NNL into the NPFL, finished in the top five in his first season and then resigned after only 3 league games the following season. He was equally at Niger Tornadoes last season before he, well, resigned after Matchday 28.

Giwa FC? That already feels like a long time ago, does he still possess what it takes to manage an NPFL team?

Of course! My bad, I didn’t mention that he took over from Kennedy Boboye in the second half of last season when the team performances nosedived; Abia Warrior were languishing somewhere in the bottom of the table. Biffo stepped in with 7 games to go and rescued the situation. First, he lost his first game at Lobi 3-2 before going unbeaten in the last 6 games of the season to eventually finish well outside the relegation places.

Also, the Media Officer of Abia Warriors, Igwe Onuoha disclosed that Abdullahi Biffo was in Brazil after the Olympics last summer to freshen up his ideas; that has to count for something, right?

Oh! That’s nice. But why wasn’t he employed fully after proving his mettle. Abia management seem like an ungrateful bunch

Easy now. Easy. Abdullahi Biffo may have waved his magic wand, but sometimes it is not just easy to throw your full weight behind a new man. At Giwa FC he had been there for a while, so it was easy to adapt, things are slightly different in the South-East.

Besides, contrary to initial rumors, it was his decision to stay back as an assistant to Okey Emordi. Biffo saw it as an opportunity to work closely with one of the best coaches in Nigerian football. The only other Nigerian coach to have won a CAF Champions League title, FA Cups and League titles with Enyimba and Kano Pillars. Perhaps it was worth it.

Okey Emordi, one of Nigeria’s most decorated football coaches may just have deserted a team that thought they had gotten a burger for the price of a pie, but Abdullahi Biffo, who “has been given the mandate to restore the glory days” is a superb option to fall back on, any day.

And is this the end of coaching for Pa Emordi?