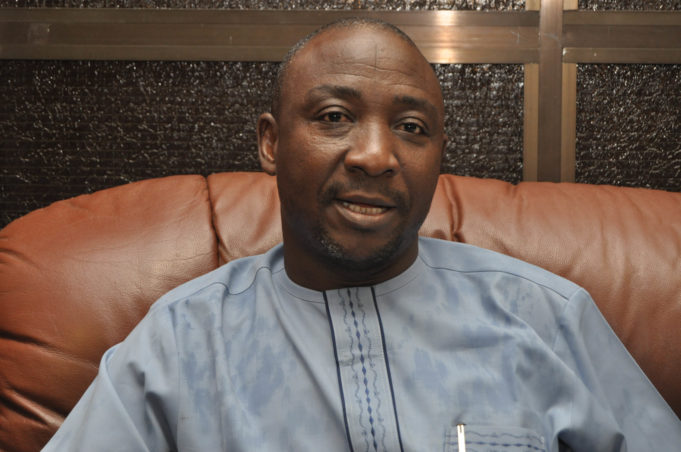 Ibrahim Gusau, a member of the Executive Committee of the Nigeria Football Federation(NFF) has lambasted a section of football stakeholders in the country who are identified as “Nigerians in CAF Committees” for their decision to go against the Nigeria Football Federation’s choice of Ahmad Ahmad for the CAF Presidential seat in the forthcoming elections billed for March 16th , 2017 in Addis Ababa.
On Monday, Nigerians in CAF’s Committees, namely, Dr Amos Adamu, Brig.-Gen. Dominic Oneya (rtd), Alh. Sani Lulu, Alh. Aminu Maigari, Mr Amanze Uchegbulam, Dr. Bolaji Ojo-Oba, Mr Paul Bassey, Mr Chris Green and the only female in their midst, Aisha Falode, issued a statement insisting that Pinnick’s decision to dump incumbent Issa Hayatou who is seeking an eighth term as CAF president for Ahmad, was purely a personal matter.

They insisted that no Nigerian in CAF or the supervising Federal Ministry of Youth and Sports was consulted before the NFF chief decided to announce the country’s support for the candidate from the Southern African Football sub-region (COSAFA).

But in a swift and direct response by  Gusau, a ranking member of Amaju Pinnick’s Board, on a monitored radio programme called the aforementioned “selfish.”
“They are fighting for their selfish interests. I wonder what they mean by Issa Hayatou has done so much for Nigeria. Is it by their consistent appearance in CAF organised matches and tournaments?”
“They should know that they don’t have the powers to go against the NFF”, the Zamfara FA boss stated.