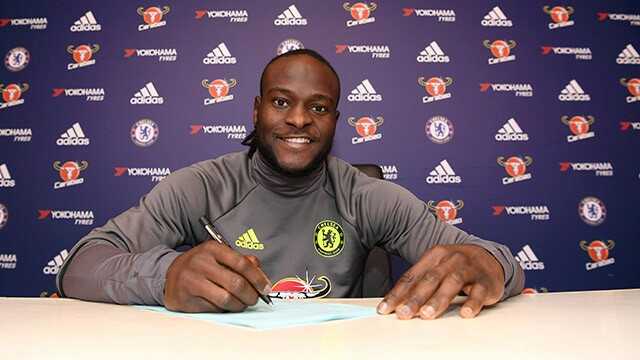 Super Eagles and Chelsea on-form wing-back, Victor Moses has signed a two-year contract extension to commit himself to Stamford Bridge until 2021.
Moses, 26, who spent the previous three seasons on loan at Liverpool, Stoke and West Ham respectively, has become a regular under manager Antonio Conte.
“I feel very excited,” said the Nigeria international Moses. I’m enjoying my football and we have a good manager here that has given every single one of us confidence.”
Moses, who signed from Wigan for a reported £9m in August 2012, has played 28 times, scoring four goals for the Blues this season.
He has started every Premier League game since being deployed as a right wing-back in a 3-4-3 formation in a 2-0 win away to Hull on 1 October.
Chelsea have won 16 out of 19 league games since that victory and are 10 points clear at the top of the table.

The Super Eagles star has also had same success with the National team in recent times.