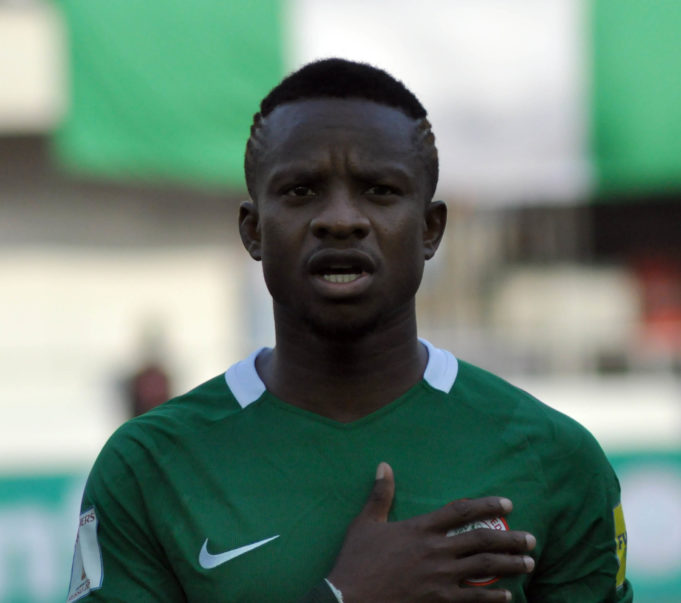 From the onset, Ogenyi Onazi has been keen to get one thing straight. The man many Nigerian football fans adore and have crowned the “best midfielder” in Nigeria, seems pretty confident in his abilities.

In a continent unapologetically full of corrupt practices, particularly in this sport he has chosen, football, where many see bribery and other vices as the “norm”, Onazi appeared to be one of Nigeria’s internationals who didn’t pay his way through.

Did he ever pay anyone to get noticed at the national youth level while he perfected his abilities at My People FC?

“Never! I didn’t even have money to eat where, so would I have gotten money to pay a coach?” rather sarcastically. “I know my quality, so why should I pay a coach?”

Having won the hearts of many Nigerians with his passionate display; most times he seems the only player on the field interested in winning the game, no wonder the people love him.

How does he enjoy being such a warrior on the field? And his answer wasn’t surprising. Onazi watched some midfielders who just enjoyed playing football.

“Back then, my favourite used to be Steven Gerrard and Claude Makelele. But, growing up I now watched a lot of them and just learned their characteristics to become better. In Nigeria, I didn’t have a lot of favourites, but I loved to watchSunday Oliseh too”, Onazi reminisced.

Now living the dream, flying to games in chattered flights, lots of cameras, fans and the press, the pressure to put a smile on the faces of many people. With a big grin, he fondly remembered when he started out on the streets;

“Put simply, it is just the grace of God and also the passion.” He paused for a moment, and then continued; “I really miss a lot about my beginning; when we have to walk very far to play a game and then [after the game] coming back with your teammates, walking home, eating sugarcane on the road and laughing. It was a lot of fun and we played in so many tournaments all over the state.”

Interestingly, just with every other kid who has a knockabout on the street, Onazi didn’t start playing football as a defensive midfielder. He had always been such a workaholic and it was tough for him to place his position in those early years.

So, what position did Onazi play at that early stage?

“I have always been a utility player. I played in almost every position except as a goalkeeper. Even in the U-20 national team, I played top striker under coach John Obuh.”

He paused again, this time he remembered something different; “Although, I started out as a right-wing forward and played there until I joined Aminchi Football Academy in Jos. When I went to “coach bros” Academy he said I had the vision, power and strength to play in the midfield and that was it. But until then, I played everywhere.” This time with wide grin.

Who is the mysterious “coach bros” who reshaped Ogenyi Onazi?