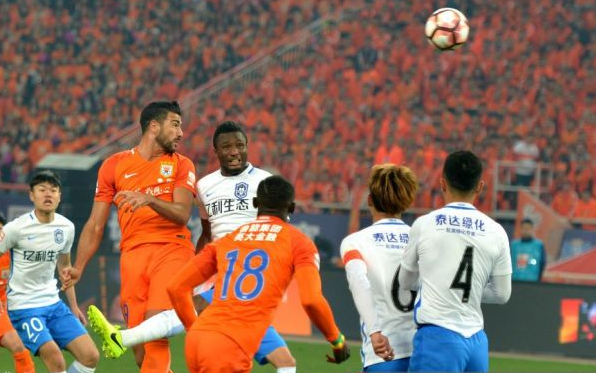 Super Eagles’ captain, Mikel John Obi and his compatriot Odion Ighalo, both of Tianjin Teda and Changchun Yatai respectively, lost their first games in their season opener in the Chinese Super League.

Mikel’s Teda lost 2-0 to Shandong Luneng with goals from Binbin Liu (78′) and Papiss Cisse (82′). Brown Ideye, who recently joined Mikel from Olympiacos, was not listed for the game.

Odion Ighalo’s Changchun Yatai , on the other hand, succumbed to the superiority of Shanghai SIPG, losing 5-1.

Brazilian Hulk started the rout before another Brazilian, Elkeson scored a hat-trick and final goal from the boot of Lei Wu.

After just a game Tianjin Teda are placed 15th while Changchun Yatai sit 16th at the bottom of the table.

NPFL: Olawoyin out of Adamawa tie