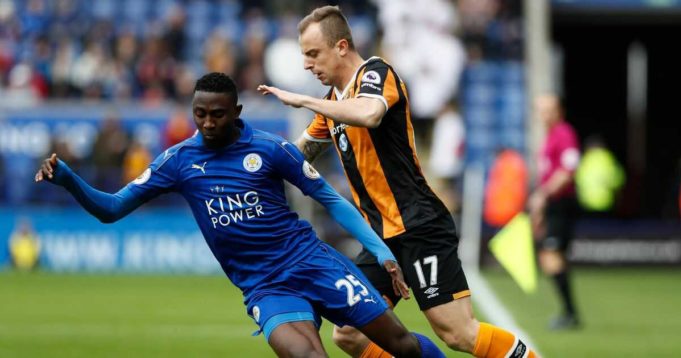 By Tolu Olorunmoteni
The commencement of the Chinese Super League this past weekend meant that more Nigerian players abroad got some game time; and for the Super Eagle’s skipper, John Mikel Obi, it meant the first competitive game played at club level since May 2016.
Mikel John Obi

The Super Eagles skipper who had not played a single minute of competitive football at Club level in nine months started this game and was unable to prevent his team, Tianjin Teda, from losing as they slumped 0-2 to Shandong Luneng on Saturday.

Brown Ideye
Brown Ideye, who only just joined Mikel Obi at Tianjin Teda from Olympiacos did not feature in the opening game of the season for his new team.
Odion Ighalo
Odion Ighalo had highly anticipated his first game in China, but must have been left disappointed with the outcome. Ighalo was helpless as his side lost 5-1 to a star studded Shenhua SIPG FC. Although Ighalo played from start to finish, he could not find the back of the net as his team suffered a heavy defeat.
Ogenyi Onazi
The combative midfielder completed all 90 minutes of his side’s 1-0 win over Karabukspor on Friday, putting in an impressive display as his side completely dominated the encounter.
Wilfred Ndidi
The defensive midfielder put in another enviable performance as his Leicester City side came from behind to beat Hull City 3-1on Saturday. Ndidi equally had a hand in Leicester’s third goal, as his attempted header was deflected by Tom Huddlestone for an own-goal.
Ahmed Musa
The Leicester forward picked up an injury during the week and had been ruled out of the game.
Isaac Success
The young forward was introduced in the 70th minute of the seven-goal thriller between Watford and Southampton on Saturdaybut he couldn’t do a lot to alter the score in his team’s favour as Watford fell at home.
Alex Iwobi
The Arsenal midfielder was involved from start to finish as Arsenal suffered a 3-1 loss to Liverpool on Saturday. A defeat which pushed his team out of the top four into the fifth position. But Iwobi was not as influential as he would have hoped in the crushing defeat to a rival.
Godfrey Oboabona
The defender who started from the left-back position before being reverted to his comfort zone played all 90 minutes of Rizespor’s 0-1 loss to Besiktas on Saturday. Nosa Igiebor also started the game as well as Bright Edomwonyi but the former was substituted in the 67th minute while the striker was toothless as Rizespor slid into the relegation zone courtesy of the defeat.
Raheem Lawal
The midfielder was influential in Kayserispor’s 2-2 draw with Kasimpasa on Sunday. He had put his team ahead in the 71st minute but it was enough to guarantee all three points. Meanwhile, Samuel Emem Eduok was equally in action for Kasimpasa before he was eventually subbed off in the 68th minute.
Kenneth Omeruo
The center back was in action as Alanyaspor lost 1-2 to İstanbul Başakşehir on Sunday.
Anderson Esiti
The combative midfielder was in action for 45 minutes as Gent came from behind to beat 10-man Waasland-Beveren 3-2 on Saturday. He was substituted at the start of the second half to alloy Gent pile the pressure on.
Samuel Kalu
The 19-year old who joined Gent in January is finally finding his feet. Having recently gained a place in the starting lineup, this time, he provided two goals on the platter in Gent’s 3-2 win over Waasland-Beveren. Meanwhile, William Troost-Ekong, Rabiu Ibrahim and Moses Simon were not involved in the action.
Osaguona Ighodaro
The former Enugu Rangers striker was in action for 76 minutes in the final game played Saturday as KV Mechelen defeated Anderletcht 3-2. Although, the striker wasn’t on the score sheet, his hold-up play and link up with his team mates was worthy of note. He played as a line striker in the win.
Carl Ikeme
The Wolverhampton Wanderers goalkeeper was in goal as his 10-man side suffered a 2-1 defeat at the hands of Reading on Saturday. Ikeme made three saves but that didn’t prevent the defeat.
Elderson Echiejile
The Sporting Gijon left wing back was on the bench from start to finish as his side lost 0-1 to visitors Deportivo La Coruna.