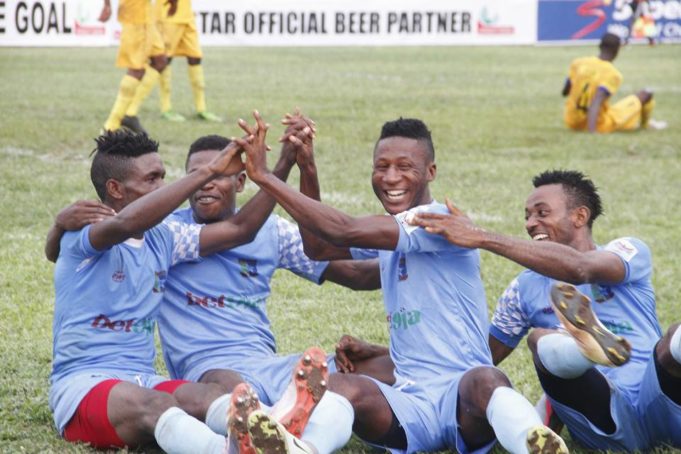 After his side thrashed ABS of Ilorin 3-0 in Sunday’s NPFL Match Day 13 clash in Sagamu, Remo Stars Coach, Fatai Osho has said he is relieved and very happy that his team finally picked up their first three points under his watch.

The former Crown FC of Ogbomoso gaffer revealed that he was very anxious before the game because they had been playing good football without winning matches.

He noted that winning ABS with such a huge margin has but to bed any such worry and the win is going to be a motivation to him and his players.

“We are so happy to have won ABS 3-0 and anybody that has been following us will agree that we play very well but we had not been winning. It was already becoming worrisome because in football, no matter how good you play, if you don’t win, it all amounts to nothing,” said Osho.