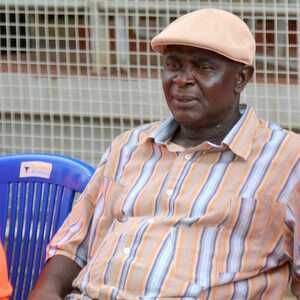 Two of the three Nigeria Professional Football League (NPFL) Clubs indebted to the ailing Coach Kelechi Emeteole, the League Management Company (LMC) has remitted the amount which represented salary claims by the coach on the two clubs.

Following reports of indebtedness of the clubs to the coach, the League Management Company (LMC) intervened and made the payment which will now be deducted from their Annual Basic Award.

In a letter conveying the payment to Emeteole through his wife, Phoebe, LMC Chairman, Shehu Dikko informed the family that the payment was made to their United Bank of Africa account and also notified them that the LMC was in contact with a group of former player colleagues of the coach based in the United States are also launching a fundraising campaign. The group is led by Godwin Odiye.

“I wish to formally notify you that following our previous discussion, … has now been paid into your bank account, the details of which were provided us by your wife, Mrs Phoebe Emeteole,” the LMC wrote in the letter signed by Dikko.

He explained that the LMC was unable to reach Heartland as the club was at the end of last season relegated from the NPFL.

The LMC actually made the payments and would deduct the said money from the two clubs when making the payout due to NPFL clubs from sponsorship incomes.

“Please note that this total sum consists of money being owed by El-Kanemi Warriors and Rangers International. We have been constrained in reaching Heartland FC for the similar purpose as the club is no longer in the NPFL,” Dikko explained.

Odiye, a teammate of Emeteole in the 1980 Nations Cup winning Green Eagles communicated the fund-raising effort to the LMC through another ex-international and former Director General, National Sports Commission, Dr Patrick Ekeji who also was in the 1980 victorious squad.

Emeteole, popularly called Caterpillar in his playing days was recently diagnosed of cancer of the voice box and is in need of funds for treatment. He played for Rangers International, Spartans and Mighty Jets of Jos and also served as Assistant Coach of the Super Eagles to late Amodu Shuaibu.