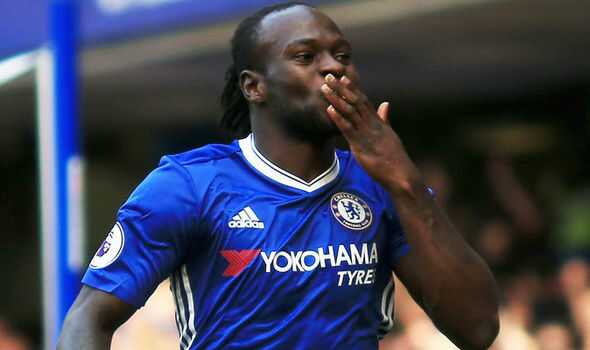 Three Super Eagles stars, Alexander Iwobi of Arsenal, Victor Moses of high flying Chelsea and Kelechi Iheanacho of Manchester City will face off in Wembley for a place in the final of the oldest club competition in the World, The FA Cup.

Victor Moses’ Chelsea who have improved and never looked back after Iwobi’s Arsenal whitewashed them 3-0 in the early stages of the season have a date in Wembley against Tottenham Hotspurs in one of the semis. Chelsea’s versus Tottenham will be played on the 22nd of April, 2017.

In the second game, also to be played at the magnificent Wembley Stadium the following day, Alex Iwobi and his team mates at Arsenal will lock horns against Kelechi Iheanacho’s Manchester City.

What is however certain is that a Nigerian will be in the final of the competition.

Chelsea pipped Manchester United 1-0 to qualify for the semi-final.