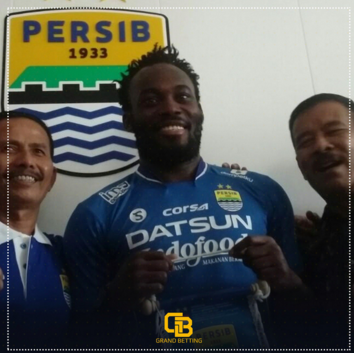 Former Chelsea and Black Stars midfielder Micheal Essien has signed a one year deal with Indonesian league side Persib Bandung.

Essien who was released by Greek side Panathanaikos at the end of last season is rumoured to become the highest paid player in the league earning an estimated 800,000 Euros a year salary.

The former Real Madrid midfielder was handed the number 5 jersey and will officially be unveiled at the West Java side later today at the club’s 84th anniversary celebrations.

Like Jay-Jay Okocha, Iwobi is next Eagles’ playmaker- UK tabloid