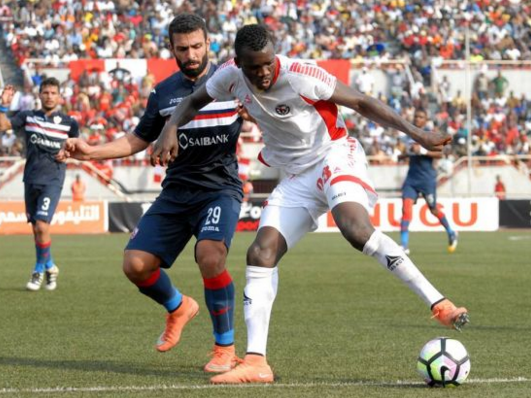 The Flying Antelopes crashed out of the competition after losing 3-5 on aggregate to Egyptian giants Zamalek.

Hopes were high that the Enugu-based side could overturn the 4-1 humiliation they suffered in the hands of Zamalek last weekend at the El-Salaam Stadium in Cairo, but the Nigerian team failed to live up expectation.

Tope Olusesi had lifted the spirit of Rangers’ faithful at the Nnamdi Azikiwe Stadium just before half time with a goal, only for the Egyptians to reply almost immediately through Basan Morsi in the 71st minute.

Godwin Aguda scored the second goal for the NPFL title holders to make it 2-1.

The game faded out without Rangers scoring more goals.

Enugu Rangers will now drop to the play-offs for the CAF Confederation Cup where they will hope to reach the group stage of the second-tier CAF club competition.

Nigeria’s second representatives, Rivers United who also lost their second leg game against Sudan’s Al-Merreikh will also play for a place in the group stages of the Confederation Cup.