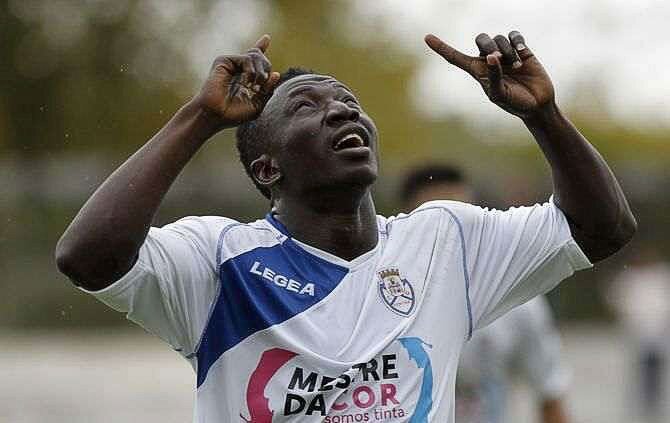 A number of Super Eagles players who by now should be on their way to the team’s London camp put up impressive performances ahead of this week’s friendly game against the Teranga Lions of Senegal one of the two lined up for the three time African champions.

Wilfred Ndidi: The young Nigerian has cemented his place in the middle of the pack for English champions Leicester City who are experiencing a resurgence and are fighting to keep their place in the premier league. Ndidi was solid for all 90 mins as he helped Craig Shakespeare’s to claim a fifth win in all competition

Ahmed Musa: Musa came off the bench for the first time under Craig Shakespeare the interim manager of Leicester City in their 2-3 away win at West Ham United. The former CSKA Moscow pacy forward was introduced in the 76th minute of the game to replace Shinji Okazaki.

Victor Moses: Moses again put up an impressive performance as Chelsea continued their imperious form this season with a 2-1 away win over Stoke City at the Britannia Stadium. The former Wigan Athletic forward was on for 70 minutes before he was subbed off for Cesc Fabregas. Moses’ appearance quelled rumours he was out injured for 3 weeks and may miss Super Eagles’ games against Senegal and Burkina Faso.

Alex Iwobi: Iwobi was on the losing side as the gunners were thumped 3-1 by West Bromwich Albion. Iwobi did not start but was introduced in the 78th minute and his contribution couldn’t save Arsene Wenger’s side from losing.

Carl Ikeme: Ikeme was solid between the sticks for in Wolves’ 1-3 away win against Sone Aluko’s Fulham at Craven Cottage.

Isaac Success: Success came on for Tom Cleverly in the 80th minute of Watford’s 1-0 loss to Crystal Palace at the Selhurst Park. He didn’t do much to salvage a point for the London club.

Leon Balogun: Balogun was an unused substitute as Mainz 05 fell at home 0-1 against Schalke 05.

Noah Joel Bazee: Bazee who has been invited to the Super Eagles by Gernot Rohr was on the bench for all 90 minutes as Hannover 96 played a goalless draw against St. Pauli in the Bundesliga II.

Tyrone Ebuehi: Ebuehi was on from start to finish for his Eredivisie side ADO Den Haag in their 4-0 away loss at AZ Alkmaar. The Nigerian who has been handed an invite for Super Eagles friendlies was booked in the 64th minute for a foul.

Oghenekaro Etebo: Etebo scored the winner in Feirense 3-2 win against Chaves in the Portuguese liga. it was the midfielder’s first goal of the season.

Chisom Egbuchulam: Chisom made his debut for BK Hacken in the Swedish Cup game against FK Oestersunds. The former Rangers International of Enugu forward who is on loan at Hacken, came on in the 78th minute. They however lost 1-3.

Ogenyi Onazi: Onazi was the toast of Trabzonspor fans as his super performance ensured Trabzonspor pick all three points against Galatasaray. He was however replaced in the 70th minute. Trabzonspor eventually won 2-0.

Kenneth Omeruo: Omeruo was solid at the back for Alanyaspor in their 3-1 away win at Bursaspor. The former Middlesborough FC defense trojan was on from start to finish.

Emem Eduok: Eduok came on in the 79th minute of Kasimpasa’s 3-2 win against Aminu Umar’s Osmanlispo in the Turkish Super lig.

Aaron Samuel: Aaron came on in the 66th minute for goal scorer Aleksey Ivonov in their 0-1 away win at Terek Grozny.

Kayode Olanrewaju: The newly invited Super Eagles forward featured in Austria Wien’s 5-0 loss against Salzburg in the Austrian Bundesliga. Larry who is expected to make his debut for the Super Eagles this week was subbed off in the 83rd minute.

Henry Uche Agbo: Uche was on the losing side as Granada suffered a 3-1 loss in the hands of Elderson Echiejile’s Sporting Gijon. Elderson however did not feature for Gijon but Uche was on from start to finish for Granada.