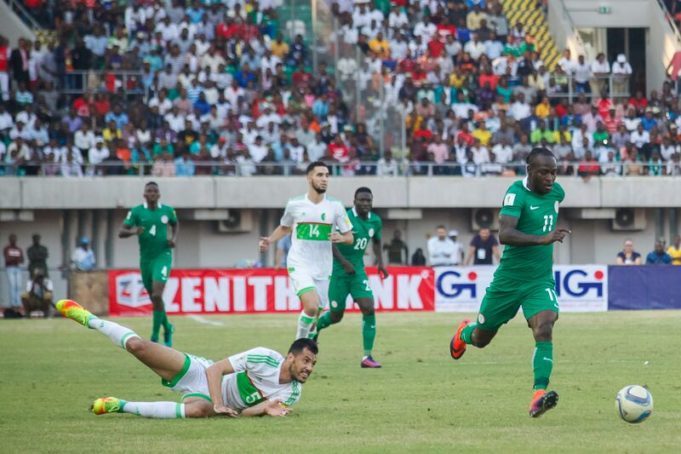 Super Eagles and Chelsea star, Victor Moses, has pulled out of Nigeria’s friendly matches against the Teranga Lions of Senegal and the Stallions of Burkina Faso, AOIFootball.com can authoritatively report.

The Nigerian international has had a resurgence in his career this term under Chelsea boss, Antonio Conte and has also shown such form in the colours of the national team which saw him score a brace in the Super Eagles’ last game against Algeria in a FIFA World Cup qualifier last November.

Moses cupped an injury in his club’s FA Cup quarterfinal clash against Manchester United and still managed to feature in the game against Stoke City, a decision which has aggravated the injury, according Chelsea medics.

The player was seen at the Super Eagles’ camp as he met with Coach Gernot Rohr to explain the situation to the German.

Moses will have to be in the stands to see both games while he recovers in time for Chelsea’s next set of games.