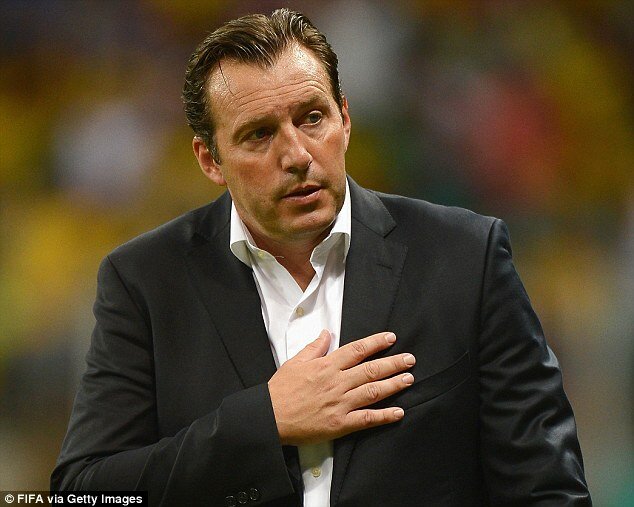 Former Coach Belgium Marc Wilmots has been announced as the new coach of the elephants of Ivory Coast according to the country’s football authorities on Tuesday.

Wilmots, 48, is one of an elite band of players to have played at four World Cups, and also led Belgium into the 2014 World Cup during his stint as coach with them between 2012-2016.

One of Africa’s big guns and a regular World Cup qualifier, Ivory Coast flopped badly at the defence of their continental title at African Cup of Nations in February crashing out in the first round.

Then coach France’s Michel Dussuyer was sacked and replaced by a caretaker coach Ibrahim Kamara, who last week unveiled a vastly changed squad for two upcoming friendlies with Russia and Senegal.

The nation lead Africa zone Group C with four points from two games ahead of Morocco and Gabon on two and Mali on one and need to win the Group to make the cut for Russia 2018.

Abdulquadir Adedapo - May 9, 2019
ALL CATEGORIES
SOUNDCLOUD