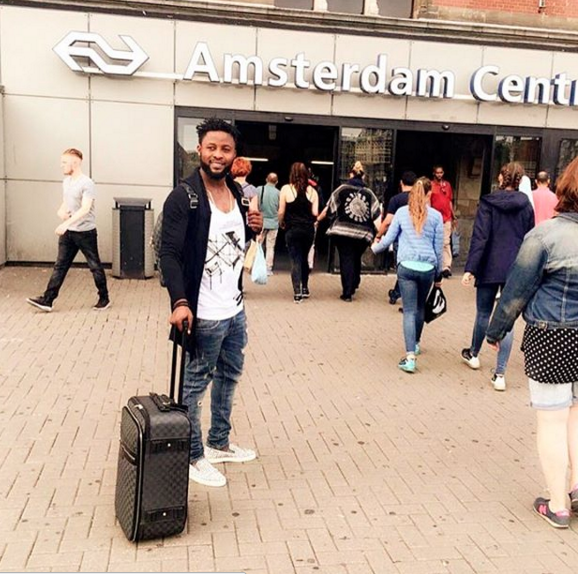 The Super Eagles are on international duty right now but, we take look at how those Eagles who were not invited for national team duty are doing. 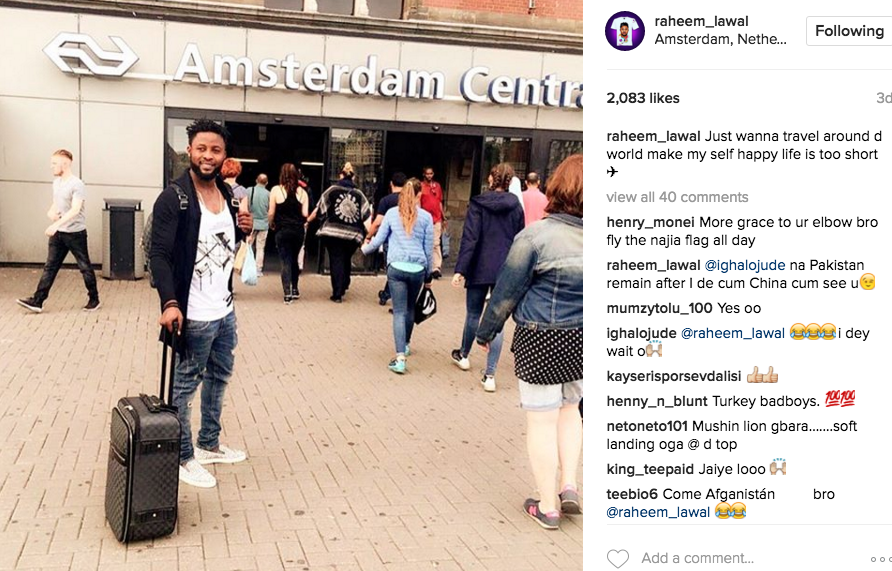 Raheem Lawal plays for Kayserispor in the Turkish League. The last time he was invited for the national team duty was May 2016 when the Super Eagles played Mali and Luxembourg.  Raheem Lawal who is on loan from Osmanlispor, has had a stellar season so far with Kayserispor, scoring 2 goals in the last 4 matches. He was not invited for the Super Eagles match but he his enjoying himself on holiday as he has been seen traveling around the world from Armstadam to Barcelona and to Lagos. He posted on his Instagram;
“Just wana travel around the world to make myself happy”. 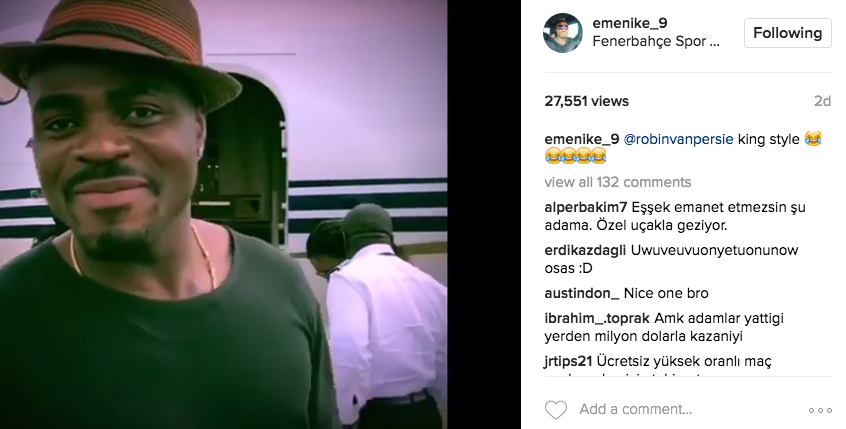 Emmanuel Emenike reigned for Nigeria in 2013/2014 season but the Fernabahce forward announced his international retirement in 2015. Never say never, he may still return to national team.
How is emenike spending his international break? The striker was seen boarding a private jet while sending a message to teammate Robin Van Persie telling him “Robin! This is how you go to see your mother, I am a king”.

He was the star of the Nigeria U-17 national team at the 2007 FIFA World Cup. Rabiu Ibrahim has resurrected a his career in Belgium after some difficult time in Scotland.

Rabiu Ibrahim was a key player of the Super Eagles when Sunday Oliseh was the coach. He made five appearances during this period. He is already having a good time with Gent so far.
Although not invited for the Super Eagles friendly, Rabiu Ibrahim is on a roller coaster.  He was at the casino and seen doing some shooting practice with the rest of the KAA Gent squad as they celebrated the ‘Mid lLent period for Buffalo with the hash tag, #BuffaloDay2017