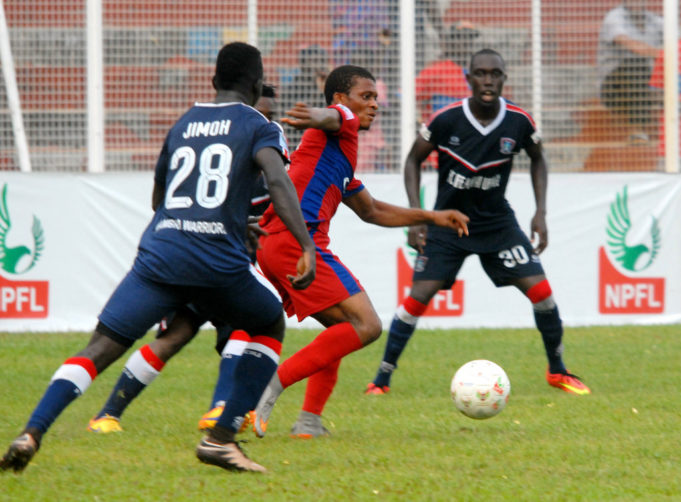 FC Ifeanyi Ubah forward, Wasiu Jimoh has said that his side’s midweek match with Niger Tornadoes is going to be a competitive game, but expressed optimism that his side can pick all three points.

The former Kwara United attacker boasted that Niger Tornadoes are not a team that can stop the star-studded Anambra Warriors despite their current form.

He stressed further that his side are not happy at all with their current position and want to win Wednesday’s encounter to get a boost and move higher on the log.

“Niger Tornadoes are not a team that can stop us because in the league, we have the best players.”

“They are a good side and we respect them because of what they have been able to do this season, but we are not going to show them too much respect.”

“The game is going to be a great one as we know they are going to come all out to try and overwhelm us but we know we can overpower them,” he said.