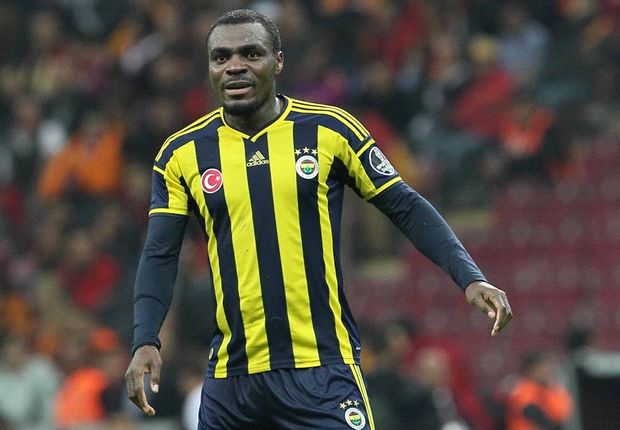 Nigeria international Emmanuel Emenike was recently in London to discuss with an interested club who want to sign him in the summer amid interest from English Championship side Fulham, according to Turkish newspaper Fotomac.

Emenike has fallen out of favour with Fenerbahce manager Dick Advocaat and has been transfer listed.

The Turkish powerhouse are keen on selling the powerful striker to freeing up the wage bill as he will earn an additional €2.5 million if he saw out the rest of his contract which expires in the summer of 2018.

Emenike has struggled for playing time this season, scoring seven times – three goals in the league with four assists in 21 appearances in all competitions this season.

The 29-year-old striker had a short but largely unsuccessful stint with West Ham United on loan from Fenerbache last year.