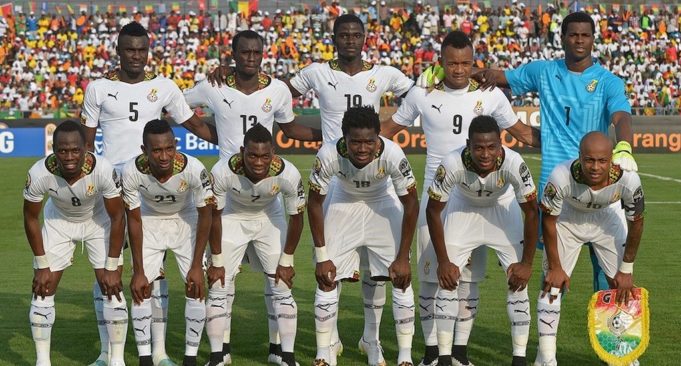 West Africa football power house ” Black Stars of Ghana” will have a new coach in April AOIFootball.com has gathered.

The Ghana Football Association (GFA) president Kwesi Nyantakyi revealed that the federation will name the new coach of the senior national team next month.

The Black Stars new coach’s identity will be known in the month of April after the six-month committee tasked to find the new coach has finished its job.

Ghana are without a coach since Avram Grant left the position at the end of the 2017 Africa Cup of Nations in February.

The search for a new trainer for the senior national team has intensified with the number reportedly whittled down to three or four after over 100 hundred coaches applied for the job.

Nyantakyi made this claim on Wednesday even though the GFA has not announced the shortlisted coaches for the vacant position.

But the GFA boss the new coach should be named by the end of next month.

“By April we should have a new coach or manager,” Nyantakyi said on InsideFootballAfrica.

Widespread local media reports suggest five coaches have been shortlisted for the job which has become vacant following the departure of former Chelsea coach Avram Grant.

Media reports are claiming 132 coaches are scrambling to replace Grant, who left after the 2017 Africa Cup of Nations in Gabon.

Only four local coaches are reported to have applied for the job with fans’ favourite Kwesi Appiah enjoying massive media backing to return as Black Stars coach.

The only local in the shortlist, Appiah’s candidature is highly backed by the clamour for a local man by football administrators, ex-players and coaches and the populace in general.

Ghana’s Ministry for Sports has also publicly declared its support for the appointment of an indigene.

Appiah now handles Sudanese top-flight side Al Khartoum SC and was voted as the best coach in the country last year.

Poland Friendly: We must cope without Mikel, says Onazi

We’ll work on our lapses before the World Cup – Ogu