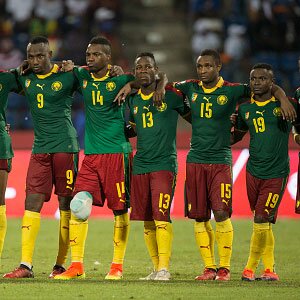 Indomitable Lions went down 2-1 to Guinea in an international friendly played on Tuesday night at Edmond Manchtens Stadium in Brussels, despite the Hugo Broos coached side putting up a spirited fight.

The Syli Nationale took the lead in the 22th minute through Demba Camara strike in a match that triggered hostilities among the two sides. 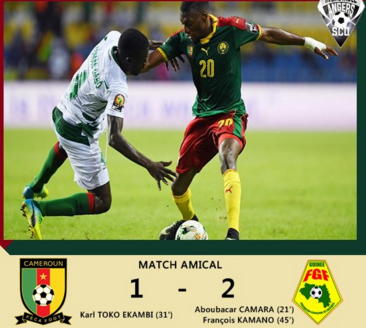 Cameroon made it one all in the 30th minute through Karl Toko Ekambi, after he volleyed in a cross, before Francois Kamano netted opponents second goal of the game to guarantee them a narrow 2-1 win.

The match served as a build up ahead of the 2019 African Cup of Nations qualifiers scheduled to take place from June this year as well as upcoming 2018 FIFA World Cup qualifiers.

The Indomitable Lions are currently second in Group B of the journey to Russia on two points after two matches, four points adrift of the Super Eagles of Nigeria who they are scheduled to meet in Uyo in August.