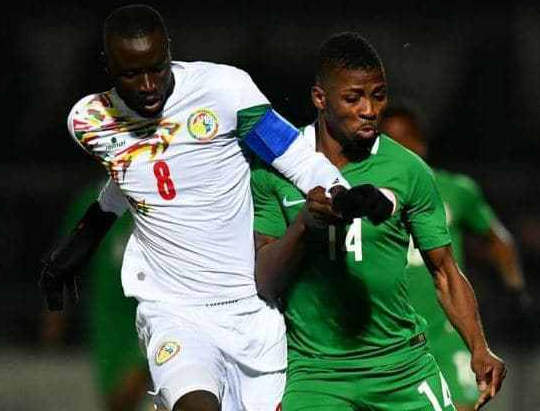 Nigeria have joined Ghana in avoiding friendly internationals in London in future because of stringent visa requirements for the United Kingdom.

The Super Eagles will join the Black Stars in playing their subsequent friendlies in Schengen states which provides flexible ways in acquiring visas for sides playing friendlies in their countries.

The decision was reached by the Nigeria Football Federation after the country’s game against Burkina Faso scheduled for Monday in London was canceled because of delays in visas.

Nigeria are following the footsteps of Ghana who had previously used London as their base but visa delays and the expensive nature of hosting the matches in the English capital have resulted in the Black Stars opting for French cities.

Burkina Faso, the third-placed finisher at the 2017 Africa Cup of Nations had been expected to provide stiff opposition for Gernot Rohr’s team as it builds towards FIFA 2018 World Cup qualifiers in August and September against Cameroon.

But seven Burkina Faso players failed to secure visas so Nigeria held a training game among its own squad at The Hive, home of English League Two club Barnet.

“Yes, yes, because it’s too complicated to get the visas, you know,” Rohr, 63, told Empowersmag.com when asked after the training game if Nigeria could stay away from friendlies in the U.K. in future.

“I think it’s better to stay in Schengen, in Europe than go to London where the people have problems. Even some players in our team couldn’t come, you know. They didn’t get the visa in time.”

Rohr pointed out the positive aspects of Nigeria’s short trip to London, though, noting that the training exercise had allowed him to make a fuller evaluation of his squad.

“We tried to find another team but it was too late,” the German said. “We had one very good game against a Senegal team [that was] so strong, so powerful, we learned a lot. Now we look forwards to our next games.

“The second game, between us, I could see everybody,” Rohr added. “Some players need to play because they don’t play all the time at their clubs. It was an opportunity for them.”

The strange situation allowed Rohr to see several of his star forwards at once, with Kelechi Iheanacho of Manchester City and Alex Iwobi of Arsenal lining up against Watford’s record signing Isaac Success, who made his debut against Senegal on Thursday.