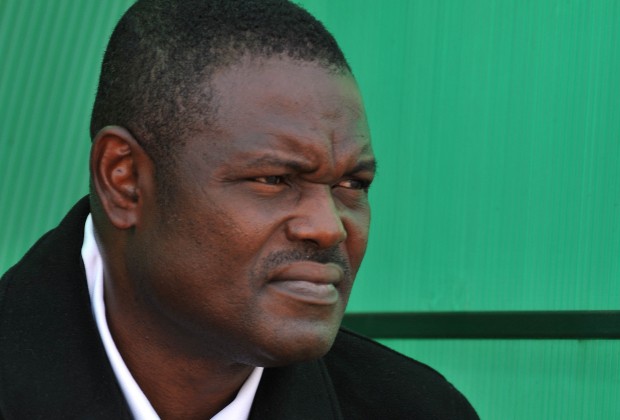 Following the recent suspension handed to the Technical Manager of Rivers United Football Club of Port Harcourt, Stanley Eguma, former Media Manager of the defunct Sharks FC of Port Harcourt, Peter Abaje says Eguma’s attitude smacks of total indiscipline that is the order of the day in the club.
Abaje, who spoke exclusively to AOIFootball.com, revealed that it was not the first time Eguma was putting up such disposition on his job.
“This kind of sanction handed to Eguma is long overdue. It’s been a stock in trade for the coach. It’s not the first time he is coming late to a league match when his team is playing. In 2012, when the now defunct Dolphins FC had a game to play against Cotton Sports of Garoua, Eguma came into the stadium minutes after the game had kicked off. Normally, he is supposed to be part of the team as they leave the hotel and arrive the stadium.”

“I think it smacks of the total indiscipline in the team. From the leader of the team who is Eguma to the least person at Rivers United and it clearly informs when players like Bernard Ovoke left the team’s camp to go fort trials abroad without letting the club officials know,” Abaje lambasted.

The former Bussdor United Media Officer however feels eventualities after Eguma’s one match suspension will tell his future with the highly financed Port Harcourt side.
“Whatever happens in Gombe, especially if his assistants lead the team to a victory or an away draw, it will further reveal what the future holds for the former National U-23 assistant coach,” concluded Abaje.