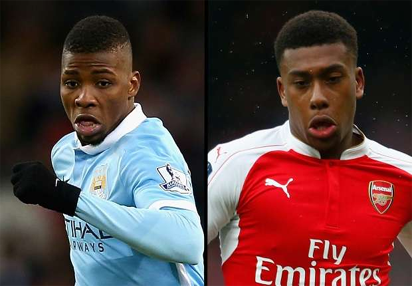 As Arsenal prepare to redeem themselves this weekend against visiting Manchester City, Alex Iwobi said he is hoping for a win just to make Kelechi Iheanacho sad.

Iwobi disclosed that during the Super Eagles camp in London, he and Iheanacho spoke about the encounter on Sunday at the Emirates Stadium. The Gunners are under pressure having lost six out their nine games, and they are perched at the 6th position.

“We have had a bit of banter this week,” Iwobi told Sky Sports. “He was trying to persuade me to come to Manchester City and I was trying to persuade him to come to Arsenal. “I would like to play against him. We have talked about the game a little bit, but we have been focused on playing for Nigeria. “I have just got to prepare now and beat him!” Arsenal lost 2-1 to City in the reverse fixture back in December, while they have suffered two defeats to Liverpool and were beaten by Chelsea in the top flight this season.

Iwobi is aware the Gunners have not performed well in matches against major opponents, but hopes that will change. “We need to change that record,” he said. “That is in the past though – we need to prepare for the present. I believe with the players we have got – we have been working hard – that we can do it. “We have not been doing as well as we should have been doing. But every team goes through a rough spell and it is ours at the moment.

I’m sure we will bounce back. “Judging on how everyone did on international duty – everybody did well – then the confidence will slowly be getting back. We will prepare this week and we will do our best. “Hopefully we can come out with the result we need.” 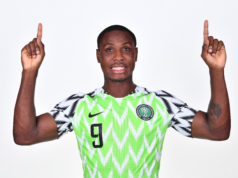