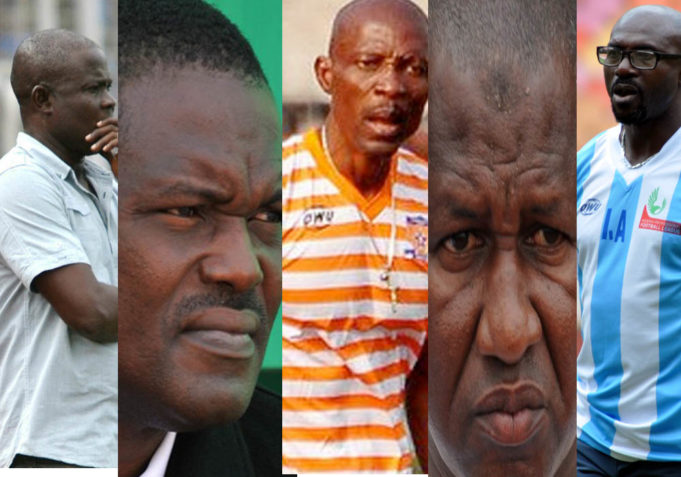 In the coming weeks, soccer fans in Nigeria may be hit with news of the back to back news of sack of coaches in the Nigeria Professional Football League (NPFL.

We are now in the season of suspensions and ultimatums that are not less than three matches. It is either the coaches grind out the needed results within the said period, or risk being slammed the axe.

I am certain that at least two or three NPFL coaches will become jobless this April, if results don’t go their way. The reason for such an assertion is not farfetched because currently, three coaches are already on the warning list and have three matches each to save their jobs.

First on this list is Enugu Rangers’ coach Imama Amapakabo. When fans hear the name ‘Imama’, what comes to mind is a jinx breaker. However, anyone still remembering that feat might be living in the past, because he is now the most favorite to get the hammer amongst the embattled coaches.

It still beats my imagination how Imama and Rangers got themselves down on the log that the club’s hierarchy are now looking at firing him. Imama’s situation is now more critical as he now has played two, out of the three matches he was given to redeem his image, losing the first against Gombe United on Sunday and playing a 1-1 draw against Remo Stars on Wednesday. With only Sundays crucial Oriental Derby against Enyimba left for Imama to convince his employers that he still has a lot to offer, the situation has become dicey for him. I hope and pray his case will not end like Claudio Ranieri in Leicester City or Jose Mourinho when he was at Chelsea FC.

The second coach on the list is Enyimba’s Gbenga Ogunbote.

Though his situation is not as dicey as that of Imama, because he wasn’t given any ultimatum, neither is he under any suspension, but the club’s management are dissatisfied with the team’s dodgy form under him and are looking to take action before it becomes too late.

Feelers are that the club’s management have commenced the search for a possible replacement for the former Sunshine Stars and Sharks of Port Harcourt gaffer.

So, whichever way, Sundays Oriental derby can also be the final straw that will break the camel’s back for Ogunbote or it might be a game that will help him save his job.

Number three on this list is Sunshine Stars Kayode Olujohungbe.

Olujohungbe, before now, was not a name that rang bells in the ears of football fans in Nigeria, but since he took over at the Akure Gunners from Solomon Ogbeide, who practically did a good job, he has been in the news for the right or wrong reasons.

Results have not favoured him this season as the club have only managed to garner 18 points from 15 games and are in distant 17th position. Now, he too has been given three games to redeem his image out of which he played one on Wednesday and won Katsina Utd 1-0, but he will need to pray fervently to be able to get a good result against FC Ifeanyi Ubah on Sunday. He would also be hoping that Remo Stars will not visit them with determination the way they did against Rangers on Wednesday.

I know that many people will wonder why I have dragged Abdul Maikaba into the list of underfire coaches, but my reasons are not farfetched.

Last season Akwa United never struggled against relegation like they did the previous season, but Maurice Cooreman was booted out by the club management who felt that the club could do better. Akwa United is an ambitious side and Paul Bassey is not afraid to make big decisions when it seems right to do so.

The governor is dropping money and the team must win games to justify the funds being spent on them. Maikaba must buckle up now and start winning games consistently if he wants to end the 1st round as the coach of the Promise Keepers.

Last on the list is Stanley Eguma of Rivers United. Methinks the one match suspension being slammed on him by the management of Rivers United must serve as a serious warning to him that he is not untouchable.

Eguma must know that it will be a shame if he is removed unceremoniously from the club where he has enjoyed longevity. He must watch his back and learn from what happened to Godwin Uwua in Lobi Stars, so that he won’t be the next victim of sack.