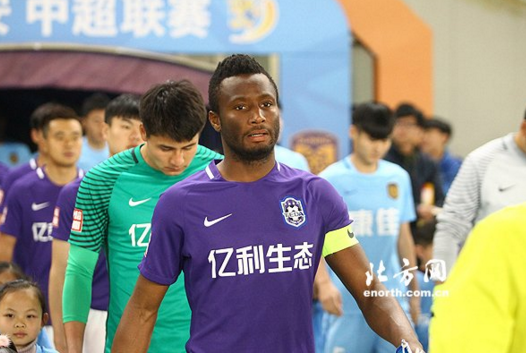 Super Eagles captain Mikel John Obi scored his first goal of the season in the Chinese Super League as he led Tianjin Teda to their first win of the season.

Mikel shook off  injury pain and was certified fit as he led his team to victory against Chongqing Lifan.

Mikel’s goal came in the 48th minute. Chongqing Lifan conceded the second in the 82nd minute as Milovin scored an own goal to give Jaime Pacheco’s side all three points.

Meanwhile, Brown Ideye featured for all ninety minutes in the encounter.

Tianjin Teda are now 10th on the log with four points from three games.

Q and A session with Rizespor forward, Aminu Umar

Exclusive: Mikel and partner may split over Turkey move