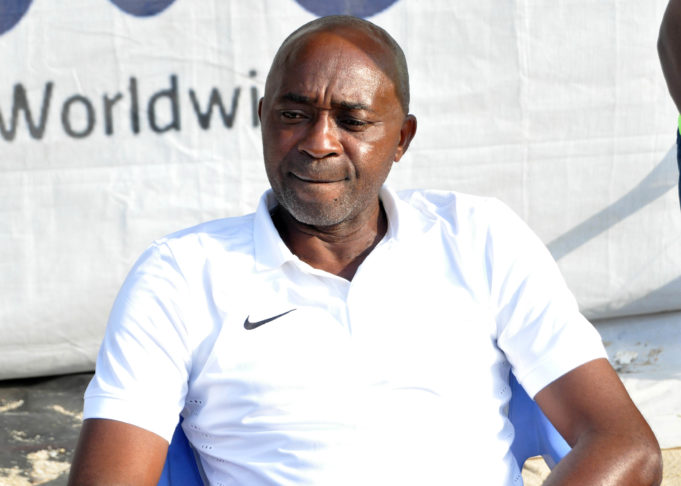 National Beach Soccer team Coach, Audu Ejo Adamu has disclosed that the team will take part in a four-nations’ tournament in Senegal next month and will also square up against Paraguay in Bahamas before the World Cup commences.

Ejo, who hinted on the team’s preparations for the 2017 FIFA Beach Soccer World Cup in Bahamas next month, told aoifootball.com exclusively that the team will depart Nigeria on the 12th of April for Senegal, and will use the Four-Nation’s tournament to kick-start preparations for the  World Cup.

“We know we have a competition coming up so we will train for 10 days in Badagry, and after then we will travel to Senegal where we will be taking part in the four-nation’s tournament alongside Cape Verde, Morocco and Senegal.”

“We will still come back on the 18th and on the 21st we will travel to Bahamas for the World Cup which will mean we have five or six days to acclimatize in Bahamas.”

“We have one match in Bahamas against Paraguay on the 24th and that is when our team will be ready and I will correct most of the mistakes that will happen in Senegal,” said Ejo. 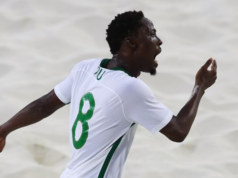 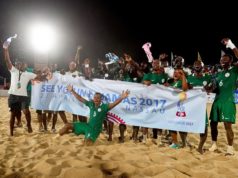 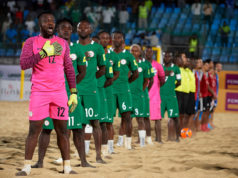