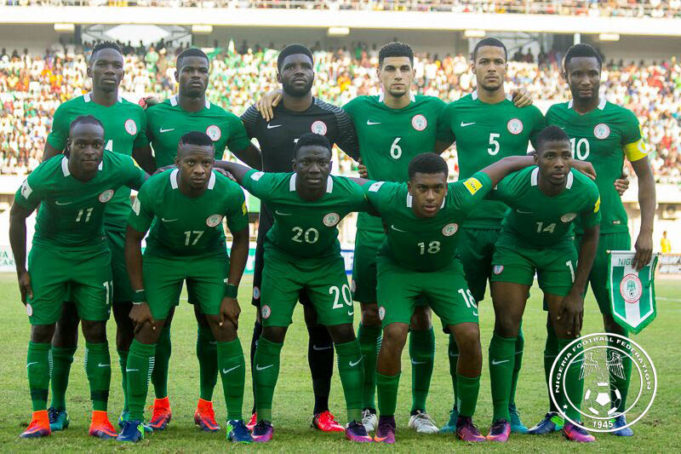 Following the continuous rise of Nigeria’s Super Eagles in the FIFA rankings which has now seen the team climb to 5th position in Africa and 40th in the world, Super Eagles’ Media Officer, Toyin Ibitoye has attributed the team’s rise to hard work and dedication.

The Super Eagles are enjoying an unbeaten run under Franco-German tactician, Gernot Rohr as they have under his tutelage won three games and a draw against highly rated Teranga Lions of Senegal.

However, Toyin Ibitoye maintained that the successes and steady rise of the team on the rankings is as a result of hard work.

“The recent rise is a clear indication that hard work pays. The team and backroom staff know this and have decided to maintain this attitude to ensure we go back to ruling African football and be very relevant in World football again,” remarked Ibitoye.

The Bafana Bafana of South Africa, who will face the Eagles in a Group B qualifier for the 2019 Africa Cup of Nations in Uyo in June, dropped two places to the 64th spot.

The group’s other teams- Libya moved one spot to 91st, while Seychelles dropped nine places to 196th.

Nigeria’s 2018 World Cup group opponents Cameroon, Algeria and Zambia did also not do well in the latest rankings.

Cameroon dropped a spot from 33rd to 34th, Algeria went down from 50th to 54th, and Zambia went down seven places to 97th position.

I chose Rangers in the best interest of my career – Olawoyin

Nigeria vs Serbia: Matic in good form for Eagles